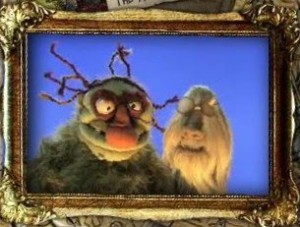 The Muppets have their own section on “Disney’s Haunted Holiday” webpage. There are new videos starring the Muppet Monsters and a Muppet ghost and skull. Unfortunately, just like Muppets.com, these videos can’t be seen by Muppet fans not located in the United States. This is one of the few problems with Muppets.com that Disney still needs to fix.

Today on The Muppet Mindset it’s Sesame Street Saturday! We welcome our good friend Oscarfan from Muppet Central Forum who brings us great reviews of the past two seasons of Sesame Street. If you missed them when they aired but still want to know what’s what in Season 40 this fall, this is the review for you! 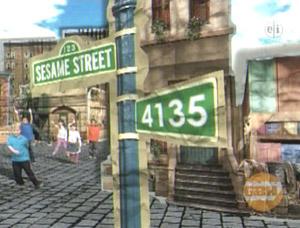 Shane O’Neil (Oscarfan on Muppet Central Forum) – 2007 marked a new era for Sesame Street, in this reviewer’s opinion. In its 38th season, a new character was added, Chris Robinson (Gordon and Susan’s nephew), played by Chris Knowings, who I feel is a great addition to the show, adding a hipper member to cast. Murray Monster (played by Joey Mazzarino, who’s been unnamed since 2005) gets a name and becomes the host of the shows new cold opening, “What’s the Word on the Street?” He ventures into the real world to ask people about a word that would later be explained in the story and by a celebrity.

Ever since 2002, we’ve had the same opening sequence where Big Bird and kids chase some blocks through a New York park. Starting this season, we get new opening and closing sequences, created by Magnetic Dreams, who provide the CGI sequences for the show. The designs of the scenes are nice, making everything look like a book. The theme song also gets a hip-hop-type theme, which it’s the best, but I don’t hate it. The designs are also used for the new scene transitions and a celebrity song, “See the Signs”, by Elmo and Chris Brown. 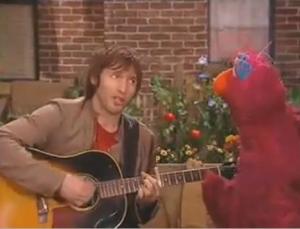 Another thing we’ve had since 2002 is the format change. Instead of the street story appearing in various parts throughout the show with segments in between them, the story appears in a huge chunk, with a dozen or so segments after. This season, however, that changed. In two episodes, the show went back to that format and both episodes didn’t include an Elmo’s World segment, a first since 1997. Although a subtle change, despite the structured format, the segments can be random at times. We still get the street story, Letter of the Day with Cookie Monster, The Number of the Day with The Count and Elmo’s World, all the previous segments that were in every episodes have been removed and a wider variety of segments are put in. This, I feel, is a nice change, because you now never know what you’re going to see in the show, including segments not shown in a long while. Also, in my opinion, this change really helps Grover’s character on the show. Why?  Because, back in the classic days, Grover was a “variety monster”; doing anything with anyone. Since 2003, he’s basically been stuck in his Global Grover segment. While he still made appearances outside it, this season, Global Grover only appeared three times and a wider variety of Grover material is shown, showing him as a waiter, magician, doctor, conductor and a flight attendant. 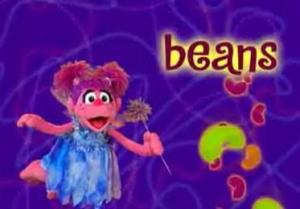 The stories this year have been pretty good. Personal favorites of mine are Chris’ introduction episode, Telly and Baby Bear having to find a word that escape’s Abby’s magic book and Oscar’s news station parody, GNN. There were a couple of duds (such as the “Lucy the Lazy Lizard” episode), but there weren’t that many. Abby Cadabby, a new fairy character added last season (who, despite all the hype and hoopla for her, only appeared in three episodes), now appears in every episode, to compensate for her few scenes last season. Unfortunately, Miles, Gordon and Susan’s adopted son, has been reduced to two new appearances. An explanation as to why his actor is not appearing as often is unknown, but it’s most likely the reason Chris was added.

This season, each episode features a new celebrity appearance, each one introducing the Word of the Day. They include Conan O’Brian, Brian Williams, Al Roker, Sarah Jessica Parker. Outside of the Word of the Day segments, other new celebrity spots include Chris Brown’s “See the Signs”, The NY Jets playing football with Elmo, Sugarland performing “Songs” and Tina Fey, starring in the season premiere.

A classic Sesame Street tradition is parodying recent pop culture hits and making them educational. The parodies this year include “A’s Anatomy”, “Nascount”, “A Streetcar Named Monster” and three new Dinner Theater segments – “Pear”, “Annie Get Your Gumbo” and “South Potato”. “Pear” is one of the best Dinner Theater bits since it debuted last season. 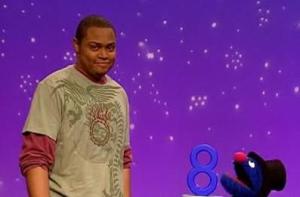 In conclusion, the one word I can use to describe this season was “experimental”. They tried a lot of new stuff this season: new characters and new formats. In my opinion, it was a big successes and I wish they’d continue with the classic show format (and just meet the viewers half-way by adding Elmo’s World to it). A super season with more great seasons to follow. 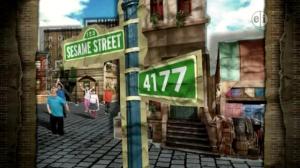 Shane O’Neil (Oscarfan on Muppet Central Forum) – Season 39 was, much like season 38, a season full of change. Starting this year, the shot was shot in High Definition, making the street look crystal clear. We were also introduced to two new segments, “Murray Has a Little Lamb” and “Bert and Ernie’s Great Adventures”. Plus, a new Indian-American character, Leela, has been added to the cast.

This season continues the “What’s the Word on the Street?” tradition from last season. Every episode features a cold open hosted by Murray Monster, asking people in the streets of New York what a word means, which is later reiterated in the street plot and a celebrity spot. However, unlike last season, not all the episodes feature a celebrity explanation. Instead, a classic segment about the word is aired (some of which are edited to feature the word). But, one great plus of this year’s celebrity bits is that each one featured a Muppet assistant. Elmo is a frequent one, but other characters help out also, including Grover, Abby, Oscar and Murray. 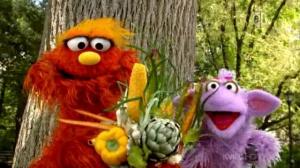 One would think that since the show is in HD, classic segments would not be used. While over 50 new segments were created for the season, plenty of older segments are used, although the oldest segments being from the late 80’s. One surprise to me was a 1992 segment featured Waiter Grover competing for Mr. Johnson’s table with another monster water, played by classic Muppeteer, Dave Goelz!

Two new segments are added to the show this season: “Murray Has a Little Lamb” and “Bert and Ernie’s Great Adventures”. Murray’s segment featured him and his purple lamb, Ovejita, in New York City. Ovejita gives Murray clues in Spanish as to what school they will visit today. The bits are pretty funny, with the physical comedy of Ovejita flying in and colliding with Murray and Joey Mazzarino’s always hilarious performances. However, the segment runs 6 and a half minutes, which is quite long, especially when it’s shown in every episode. Even worse is that only 13 segments were shot, which means each was repeated in an episode once. 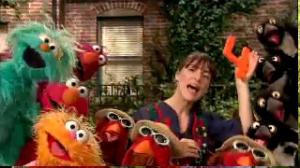 The other new segment is the 5 minute animated series, “Bert and Ernie’s Great Adventures”. These segments air all around the world as a separate mini-series (occasionally as part of an international co-production). Airing the show through Sesame Street was a good idea. The segments are very funny and full of classic Ernie and Bert shtick. Unlike Murray’s segment, this segment isn’t shown in every episode, but just any random episode. People believe this and Murray’s segment should have been rotated, with Murray in one episode, and Bert and Ernie in another. Despite being in animated form, the puppet counterparts still appeared in segments and on the street.

Among the street plots this year are Texas Telly and the Golden Triangle of Destiny (which was a brilliant parody of Indian Jones), Big Bird in the Sesame Street Bird Games, Abby having her first sleep over and Telly the Tiebreaker (which air around Presidential election time, nice choice). This season was full of great street plots, but there was one or two that didn’t do it for me. One interesting note is that the Letter of the Day and Number of the Day sketches we’ve been seeing since 2002 have been retired (except for appearing in one episode). In doing so, Cookie Monster and the Count and even Prairie Dawn have made very few appearances this season. In their place, we get inserts featuring the cast and Muppets (usually relating to the main story plot) displaying the letter.

The newest addition to the human cast this year is Leela, an Indian-American woman who runs the Laundromat on Sesame Street. But, wait a minute! Where on Sesame Street is there a Laundromat? Well, unfortunately, the Fix-It-Shop has been taken out for it. Luis and Maria still appear though, and it is hinted that the Fix-It-Shop is still around, but it’s never addressed where. The street also gets some redesigning in other places. The building in the arbor has been modified to look more like a garage, the garden has been expanded and plants are seen all over the arbor. 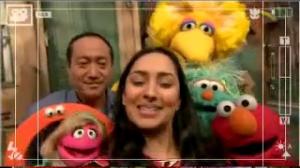 In the tradition of using pop culture to teach, this season featured several new parodies. This year, we are treated to such parodies like “Are You Smarter Than an Egg Layer?”, “Pre-School Musical” and Leslie Fiest performing a parody of her song “1234”.

All in all, this was a nice season. HD makes everything look vibrant, the new segments are good and the parodies are excellent. If I had one gripe, it’s that there wasn’t as much time in the show as there used to be. The number of Muppet bits per episode shark considerably, sometimes with Murray’s segment being the only one. But, overlooking that, here’s hoping season 40 will be just as great!

One thought on “Sesame Street Saturdays: Seasons 38 and 39 Reviews”