Via both their Facebook and Twitter accounts, Muppets Studio is reporting that The Electric Mayhem (yes, that Electric Mayhem), Kermit the Frog, Miss Piggy, Fozzie Bear, Gonzo, Rizzo, and Pepe will all be appearing on NBC’s “Christmas at Rockefeller Center” Wednesday, December 2nd (TOMORROW) at 8/7c. Be sure to catch this extremely exciting appearance–including the glorious return of The Electric Mayhem to your TV set!

Muppets Studio has also reported that Kermit and Miss Piggy will be appearing on NBC’s “Today” on Thursday, December 3rd. Your TiVo is sure to get a work-out these next few weeks!

The Muppets (Kermit, Miss Piggy, Fozzie, Gonzo, Pepe, Animal, and some penguins) appeared alongside opera great Andrea Bocelli on PBS’s “Great Performances” television program starring David Foster and Bocelli. They performed a rendition of the holiday classic “Jingle Bells” (which is also available on Bocelli’s new Christmas album “My Christmas”). If you missed the appearance on “Great Performances,” the good folks at Muppet Wiki have uploaded the whole performance on YouTube. And, if you feel like “Bohemian Rhapsody” has filled your YouTube quota, the Muppets and Mr. Bocelli will be performing the song once more on NBC’s “The Jay Leno Show” next Monday, December 7th at 11:00pm/10:00pm central time.

Did you catch the Macy’s Thanksgiving Day Parade? Or did you, like me, have to record it on your TiVo to watch it after you had stuffed your face, only to find that it cut off recording just before Kermit’s performance of “I Believe” with Disney Channel pop person Tiffany Thorton? Well, lucky for you, the “I Believe” is being released as a music video (this Friday on Disney Channel) and a single. The song premiered on Radio Disney today and the music video debuted on Radio Disney’s website as well. “I Believe” will be available for digital download on December 8th.

Back in September when the D23 convention rocked the Muppet world, Muppets Studio announced a new album of Muppet music covered by some of the biggest names in music today. That album is entitled Muppets: Revisited and, according to The Muppet Newsflash’s Twitter account, it will be released on February 10, 2010.

The fine (well… actually, no comment) folks at People Magazine have released some photo lists of what they consider the best of the best of 2009. And, would you believe it, they awarded The Muppets “Comeback of the Year.” There are some really fun pictures and comments from the People people, so be sure to check this out. On another note, it shows once and for all that the world truly does love and realize the Muppets are pushing their way back. 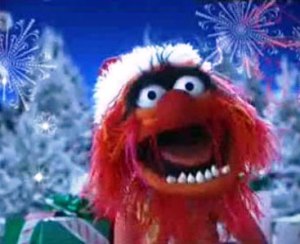 Remember A Muppets Christmas: Letters to Santa? Of course you do! Whoopi Goldberg’s cameo was classic! Well, NBC remembers it too and they are re-airing a whopping three times this holiday season. On (this Friday) December 4th, December 8th, and December 19th. Be sure to check it out! (Or, you know, just buy the DVD. Whatever jingles your bells.)

Today, the United States Postal Service has announced that this year “A postmark of Kermit the Frog will appear in the upper right-hand corner of holiday cards and letters mailed throughout the month of December.” So… if you ever needed a reason to mail a letter in the month of December, this is it!

Disney fanatic Jim Hill has been prominent in the Disney fan community for years. He has also been an ardent supporter of The Muppets for awhile now, and has truly shown his fandom with his post on his website today. If you don’t feel like sifting through all of it (though, you really should), here are some of the highlights:

And, finally, if you enjoyed The Muppets version of “Bohemian Rhapsody” (who didn’t?), there is an official Facebook group campaigning to release the song as a single online. I would really like to see this group grow to prominence and lead to the official release of “Bohemian Rhapsody” via iTunes or some other retailer. So, please, if you have a Facebook take two seconds out of your day and click the little Join button. You’ll be benefiting yourself in the long run!