As you remember, yesterday on The Muppet Mindset we posted a list of Muppet things you should put on your Christmas list and ask for from Santa for Christmas this year. Well, unfortunately, there are just some gifts that Santa can’t hand out, so instead we ask The Muppets Studio and Sesame Workshop. Our good friend Michael Wermuth, Jr. returns with his Christmas 2010 wishlist from Disney and Sesame.

NOTE: This wishlist was made before “Bohemian Rhapsody” debuted on YouTube. 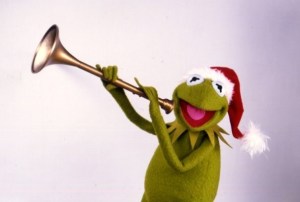 Michael Wermuth, Jr. – Well, Christmas is coming up very soon, and there are a lot of Muppet items that I really want. Unfortunately, the things that I want don’t exist… Yet. Hopefully, the good people at The Muppets Studio, Sesame Workshop, and The Jim Henson Company will see this and decide to make my wishlist a reality. But even if they do, it’s most likely too late to get whatever I want released in time for this Christmas, so I’ll make my Christmas wishlist for 2010, so that the companies can make it possible for me to get what I want next Christmas… Or earlier. Heck, I’d rather have this stuff for my birthday, since that’s sooner than Christmas 2010. And I don’t mind buying the stuff myself, if it means getting this stuff sooner. 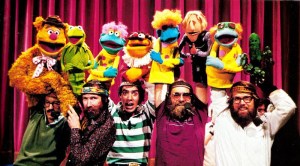 First, what I want from the Muppets Studio: I know that The Muppet Show: Season Four is planned for next year, so I don’t have to put that on my wishlist. But I think I can still wish for special features. So I’d like for the season four release to include some promos for those episodes, audio commentary by Frank Oz, Steve Whitmire, Jerry Nelson, and Dave Goelz on select episodes. And considering that the last two seasons had stuff made years after or before the series ended, I’d like the set to have some of the Muppets 1992 appearances on Good Morning America (I think Disney owns that program, so it shouldn’t be hard) and some of the music videos (Kokomo, Wipe Out, and She Drives Me Crazy). And maybe some of the Virmup videos.

I’d also like some more Muppet DVDs in general, not just releases of The Muppet Show, movies, and recent productions. I’d like DVD releases of The Muppets Go Hollywood, The Muppets Go to the Movies, and The Muppets at Walt Disney World (maybe with the “Give a Day, Get a Disney Day” commercials as bonus features). And it would be great if Disney and Henson would work out a special deal to get a full, complete, uncut release of The Jim Henson Hour on DVD. If this is too impossible, then I’ll settle for just a release of all of the Muppet Television segments. Speaking of negotiations, Disney, please, allow for Henson to release Emmet Otter, The Christmas Toy, and other Henson properties with Kermit UNCUT! Those were made back when Henson still owned the Muppets, so it’s not like it’s a new appearance, and they are all quiality productions.

Outside of video, I’d like some new CDs of Muppet songs. Maybe put out a Muppet Show CD that has Muppet Show tracks that haven’t been released on CD, like “Rockin’ Robin,” “In the Navy,” and Beaker’s rendition of “Feelings.” Or maybe a multi-disc release of Muppet songs from many different productions, including The Jim Henson Hour, Muppets Tonight, and Letters to Santa.
A new non-fiction book or two about the Muppets would be nice as well. And maybe also some new Muppet storybooks. Or a book that reprints the Muppet comics from the 1980s. And some new Muppet video games, in all formats (platforms, competition, and so on).

What I want from Sesame Workshop: I know that Warner Home Video will get the rights to release Sesame Street productions on DVD, and I’m hoping that we’ll get some Sesame Street DVDs aimed at collectors. And hopefully we can get quite a few, maybe 2-4 a year. I’d like a third “Old School” set, and maybe some additional sets featuring full episodes from the first 20-25 years. And some multiple disc collections of only inserts (and maybe some bonus features) would also be nice. Maybe some chronological character sets like what Disney did with the Walt Disney Treasures sets, or some sets focusing on recurring sketches (I think only 2 or 3 discs would be needed for a complete Monsterpeice Theater box set). A box set of animated and film inserts might also be great. 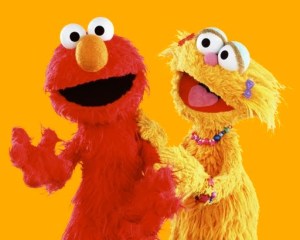 And I’d like some new albums. Koch records has so far only reissued past albums. I think there should be some albums with newly-released contents. Maybe a release of newly-recorded music, plus new releases of songs that haven’t been released. Sesame Workshop could check out my article about the top ten songs that haven’t been on any albums, and there have also been countless songs form the last ten years that haven’t been released on CD.
Well, that’s my Muppet christmas wishlist for next year. I hope it comes true, making next Christmas more Muppety and merry.