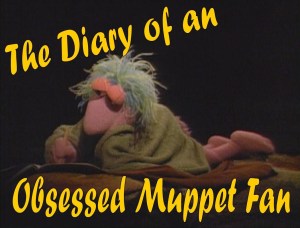 Diary, I’m hoooooome! Is dinner ready? Ugh. Meatloaf again? What do you do all day? Didn’t I page you four times while I was at work to remind you not to make meatloaf again? Blech. 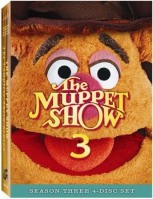 Luckily, I’m not here for the food. I’m here to scribble inside you again about watching more Muppet stuff. Continuing along the same trend, this week I watched The Muppet Show Season 3. Also along that trend is the fact that the Muppets just keep getting better and better with each year. This is the year that they made a movie (no, not Apocalypse Now) and all of the Muppets are looking they’re best and acting they’re funniest. (Statler and Waldorf: That’s what you think!)

It’s also this season that we meet Lew Zealand and Beauregard, along with characters that didn’t make the cut like Gladys the Canteen Lady. Something odd I noticed about Lew Zealand is that he seemed to be a guest star favorite. Both Spike Milligan and Roger Miller recognized him only by his voice. I don’t know what this has to do with anything at all… but I noticed it, so there! 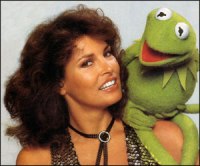 I love the guest stars in this season. Though most of their names aren’t immediately recognizable today, so many of them were and still are wonderful performers. Some of the best of this season (and my favorites, coincidentally) include the indomitable Pearl Bailey, the hysterical Gilda Radner, the sexational (her word, my thoughts) Raquel Welch, and the world-turning Harry Belafonte.

There were so many wonderful moments this season. The Jousting Scene (sort of) from Camelot, a seven-foot tall talking carrot, “The Rhyming Song,” Liberace’s “shameless boogie-woogie,” Sylvester Stalone’s gladiator fight, Big Bird meeting Miss Piggy, the cluckitis outbreak, and so much more. 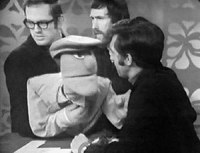 The bonus features on this season aren’t mind-blowingly awesome by any means (but then again, none of them really have been). Featuring “Muppets on Puppets,” a 1960’s presentation featuring Jim and Frank playing with puppets (it’s not nearly as exciting as it sounds), “A Company of Players” which features Muppet people talking about the performers and is WAAAAAY too short, and Muppets Commercials featuring Rowlf and Baskerville advertising for Purina Dog Chow. While it is nice to have such rare material on the set, it’s kind of annoying that more wasn’t included when there is just SO much more that we could have.

Overall, though, this set is wonderful. Just having the entire season together is enough for me. Now’s the time in the diary when I name the most Muppety moment of the entire season… Well, that’s hard to pinpoint in Season 3. There are just so many fantastic moments throughout that it’s hard to come up with just one. So… I’ll just pick my own personal favorite! The Jousting Scene in the Pearl Bailey episode is one of my all-time favorite Muppet moments. It’s just so silly and ridiculous and hilarious. Floyd and Gonzo jousting can’t be beat and Pearl coming in at the end to belt out “Everything’s Coming Up Roses” is fantastic.

Well, that’s Season 3. Next time I get to start watching the Muppet movies! Check back next week to see where I start! (As if you don’t already know.)

Resenting and restrained,
Ryan Dosier, Obsessed Muppet Fan
President and CEO of Nothing at All Industries
A Division of Completely Pointless, Inc. 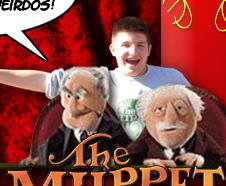