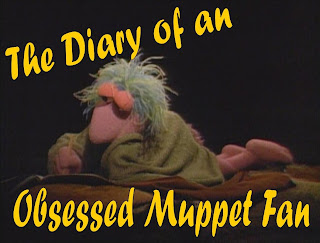 Dear Diary,
Have I ever mentioned how much I adore the way your binding curves so delicately? Well, if I have not, allow me to do so now. It is just so perfectly bindery. You are very welcome. What is that? Pardon me? Oh, well, thank you. I agree that my eyebrows are very rustic, and how very generous of you to comment on the cosmic form of my particularly British stiff upper lip.

For, yes, you have sussed it correctly, indeed, it is I, the British Correspondent, still holding hostage the Diary of one Ryan Doozer.

And speaking of Diaries, I am rather assuming that sooner or later we shall be reading some sort of “How I Met your Muppet” tell-all bio-backstage-diaries from our friend Jason Segel. (Seriously, am I the first one to use that joke? May I once again applaud my A-list comedic talent…)

Speaking of comedic talent, who knew that Zack and Cody could work that brilliant “pause-for-the-laugh-track-styled” comedic timing even when speaking in mock Swedish accents?

Well, clearly the marvelous producers over at The Muppets Studio had some inking of this fact when they invited the Muppets over to Studio DC to join a bunch of our favourite (?) Disney Channel mini-stars for an Almost Live double-bill television show available in the United Kingdom on Extended Edition DVD. Now, the fact this show hit Region 2 dvd first is just one reason I am proud to be British (breakfast of boiled eggs with dippy soldiers being another.)

I had some reservations with the original broadcast of this semi-live show in its condensed form where, in my opinion (and a lot of other people’s opinions) it felt rushed, choppy and as if the Muppets’ presence was something of an after-thought to the all-star talent of the Disney children such as Miley Cyrus, Ashley Tisdale, Demi Lovato and also-appearing-in-The-Muppets-movie-quite-likely-on-the-phone Selena Gomez (not to mention those man-child Brothers Jonas and the ever a-peel-ing Wizards of Weaverly place guys… seriously… do not mention them).

However, when sitting down to the Extended Edition version of the show I was surprised to find I actually enjoyed watching DC’s usually too-cool-for-school young actors and singers getting a chance to ham it up for the cameras, to poke fun at themselves and pretty much throw cream pies! It was refreshing to see the Muppets again, regardless of the format, and it provided a great platform for our favourite performers to improvise and mess about onscreen (and below screen) without a giant big-budget movie rolling around them.

Plus, everyone buying the DVD also found themselves in possession of a special Backstage pass that brought us a Pepe-tastic All-Access Tour behind the scenes where the Muppets and Muppeteers truly had an opportunity to throw themselves fully into the crazy, funny, amusing antics of the Muppets off-screen.

So, if you find yourself living in a Region labeled with a giant “2” and alone in the DVD aisle of your local supermarket, be sure to pick up a copy of The Muppets Studio Presents Studio DC Almost Live Extended Edition on DVD now!

…hang on a minute…

How did I NOT see this diary entry morph into a DVD review…again. Subtle.

Well, diary, I am sorry to say, I shall be sending this page to Ryan later as proof that you are still alive…with a warning. Full Mindset Access… or your diary remains as Mine.

Love and kisses,
The British C. 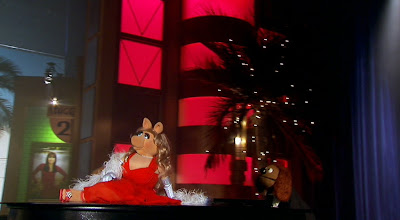 One thought on “The Diary of an Obsessed (British) Muppet Fan, Part 2”