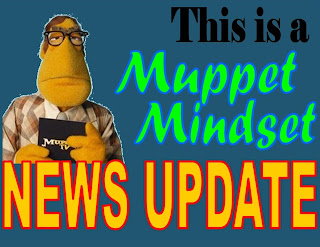 This past Tuesday, March 1, Emily Blunt appeared on Jimmy Kimmel Live! on ABC to discuss her upcoming projects, including her role in The Muppets. Unfortunately, she stated that she signed numerous contracts preventing her from revealing which Muppets she worked with or what exactly she did… but she did say that she worked with a whole group of them but not The Swedish Chef. Here, just watch the interview and see for yourself!

This past Sunday was the 83rd Annual Academy Awards hosted by James Franco and Anne Hathaway. As any of you who watched it would know, it was nigh unwatchable thanks to the uninterested Franco and the over-interested Hathaway. In response to this, a new campaign has started on Facebook and Twitter to get The Muppets to host the 2012 Oscars Ceremony. So join the campaign by “Liking” the Facebook page or following on Twitter and hopefully we’ll see The Muppets chosen as hosts for next year’s ceremony riding off the media blitz from 2011’s The Muppets!

Speaking of the Academy Awards, an incredible video of Kermit and Scooter presenting the Academy Award for Best Animated Short at the 1986 Oscars has surfaced. It’s absolutely brilliant to see Jim and Richard work the Academy audience and their jokes about not being able to open the envelope is fantastic.


I guess now we have to start saying “Life’s like a movie, write your own extended ending.”