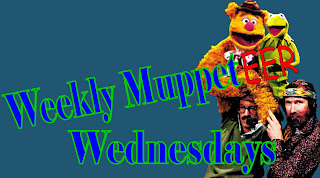 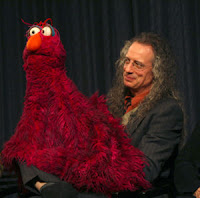 Martin (Marty) P. Robinson was born in 1954 in Michigan. He later moved to Brookfield, Wisconsin, and attended Brookfield East High School. He was a very talented actor and musician, even at that age, and he preformed in several musicals, most notably as Fagin in Oliver, and Bernardo in West Side Story.

Marty got into puppeteering so that he could play a wider variety of characters than he could have if he was an actor in TV, movies, or stage, where your looks play a role in the roles you play. Because of this, he got his start in puppeteering by joining the Bill Baird Puppet Company. He began working with the Henson Company in 1980 on Sesame Street where his talent was quickly discovered.

He soon took over the roles of Mr. Snuffleupagus and Slimey from Michael Earl Davis. A few years later he became the puppeteer for Telly Monster, after his previous preformer, Brian Muehl, left the Muppets in order to spend more time with his family and pursue his own puppetry career. Marty evolved Telly over time, creating a stronger emotional range than before.

Marty has also worked on several other Henson productions, including Tale of the Bunny Picnic, Teenage Mutant Ninja Turtles, and season two of The Wubbulous World of Dr. Suess, where he played The Cat in the Hat.

In recent years, Marty has continued to be a major part of Sesame Street. In 2007, he proposed to Sesame Street writer, Annie Evans, and they were married on the steps of 123 Sesame Street at the Kaufman Astoria Studios, where the show is filmed. Evans scripted the wedding, which included Oscar the Grouch heckling Marty and his bride. Together, Marty and Annie run the official Sesame Workshop blog, “Sesame Family Robinson.” On the blog they share production stories and home videos of Telly interacting with their twin daughters.