Memoir of a Muppets Writer
by Joseph A. Bailey
$14.95 on Amazon.com

Chase Beecher – Alright Muppet fans, go back and think about The Muppet Show. Remember your favorite sketch. The thing that made you laugh out loud the most. The thing that you find on YouTube at four in the morning when you can’t sleep and you need something to make you feel better. The sketch you go watch when you need a Muppet pick-me-up. The sketch you watch when you remember just why you love the Muppets in the first place. Chances are, Joseph A. Bailey had something to do with that.

The book illustrates Mr. Bailey’s life and career writing for the Muppets for 20 years. Mr. Bailey begins to take us on a journey from his days as a Mad Man in the 1960’s, to working for The Muppet Show and Sesame Street, and learning when Jim Henson passed. Mr. Bailey didn’t even want to become a writer. He came from a working class family and got involved in his college newspaper because of a girl. That got him interested in writing (of course). He took some odd jobs, that took him to writing commercials. He wrote commercials and became a Mad Man in advertising until he showed up for work one day and the door was locked. That is one way to be fired.

Mr. Bailey takes us on his journey through writing for commercials to writing for children’s shows. He wrote for a show called Jabberwockey, which, turns out, you can follow to Sesame Steet. Winning an award for Jabberwockey gave Bailey the gusto to call up Sesame and get an interview. After writing audition pieces, he was in, and that is where he met the great Jon Stone. Bailey and Mr. Stone forged a great and long lasting friendship, as detailed in the book. I myself, only knew of Jon as “the Godfather” of Sesame Street and the voice of “SC” of the audiobook of “Christmas Eve on Sesame Street” but he is much more than that. There is a great story about Bailey and Jon visiting the Puebla in New Mexico and visiting an elderly Native American woman’s home that has to be read to be believed. Mr. Bailey also tells us what Jon did with his 18 Emmys from Sesame. He made a coffee table from them. (I don’t think I could put my cup on that!)

We learn a lot about writing and producing Sesame Street. The book not only gives you juicy behind the scenes information, but makes you appreciate the sketches that you know and love, the performers that brought them to you, and the time and effort that go into making them.

The book is also a great love letter to London, England. Mr Bailey writes with great detail what it was like to live there during the heyday of The Muppet Show. I feel like I could give you a weather report after reading the chapter entitled “Surviving London!” We learn the typical workweek of the show and just how crazy it was behind the scenes. Mr. Bailey gives us great stories about what it was like working in tight spaces with the great Don Hinkley and mentions that he is always thinking about writing a play about their days writing together. (note: You should, Joe. You should NOW!) I can only picture the pair writing classic bits like Fozzie on roller skates, while watching the performers on the floor, all the while having Jerry Juhl run in with notes on last weeks script. What a perfect storm.

Mr. Bailey tells a great story about The Swedish Chef. Mr. Bailey wrote the sketch for the Chef about Mexican lobsters. (Remember that one?!) Classic. Well, Jim Henson didn’t want to do this sketch. He kept throwing it out of scripts! Jerry Juhl liked it and kept fighting for it until they filmed it and the rest is history. This is just an example of the “inside skinny” you will find in Mr. Bailey’s book.

Some of the great “skinny” in this read is on the actual performers themselves. Mr. Bailey has great stories about riding around London  in an old clunker belonging to Richard Hunt. Joe, Richard, and Jerry Nelson would hit the London nightlife after a long week of production on The Muppet Show. Mr. Bailey has a few great stories about the three of them going into pubs and hotel bars and really living high on the hog. (That’s a pun!) Richard, in an act of merriment, even saved a young marriage!

So, I mentioned Milton Berle. Berle was very serious about comedy. He was Mr. Television, after all. Mr. Bailey devotes a whole chapter to him. He tells us how much Berle taught him, and everyone at the Muppets, about comedy. He walks us through the “why” things are funny. There is a great story about Dave Goelz dressed as a monster trying to hit Uncle Milton with a powderpuff when he yells “Makeup!” Dave could never seem to hit him in the “funny” spot, so there were several takes. Milton Berle was serious about comedy.

Mr. Bailey has great stories about the guest stars. Zero Mostel put Jerry Juhl in a headlock over a joke. Peter Sellers really did claim to have his personality surgically removed. Julie Andrews had that cow slaughtered right after her episode of The Muppet Show. (Okay, that last one might not be true.) (Note from Ryan: It’s not true.)

Another thing Mr. Bailey was heavily involved in was Muppet specials. He wrote, with Jon Stone, Christmas Eve on Sesame Street, one of my favorites, so I read this chapter with glee, learning a lot. He also wrote John Denver and The Muppets: Rocky Mountain Holiday and went on location to Aspen, Colorado with Jim and company to film it. A lot of people ask Mr. Bailey, “How hard can it be to write and film puppets? It’s just a hand with a sock on it.” He lovingly and exasperatingly explains in the chapter “Aspen, Colorado” how it is more than a sock. It was near impossible to film in Aspen when an early winter came. You will never watch this special the same way when you learn how some of it was filmed in an airplane hangar.

Big Bird was invited to Carnegie Hall to emcee a fundraiser with Bob Hope and his wife starring. Big stars were on the billing. Caroll Spinney agreed to do it under one condition: he had to have his own writer. Joseph A. Bailey was the guy. Mr. Bailey went to production meetings for the live event and had to tell producers and other writers what Big Bird could and couldn’t do. Like, that Carol couldn’t see through Big Bird’s costume. They found that out on their own, though, when Bird almost fell into the orchestra pit! I found this part of Mr. Bailey’s book to be a great cross-reference with Mr. Spinney’s own autobiography, The Wisdom of Big Bird (and The Dark Genius of Oscar the Grouch).

This book is a great resource to have, and it is an absolute must have for Muppet fans. You will learn how the show came to be, but even more fascinating what didn’t. Mr. Bailey even touches upon his writing “Sesame Street Live!” You will learn about his days on both The Muppet Show and Sesame Street. It is a must have for writers. You will learn what it takes to write. (Mr. Bailey gives the best advice he has learned: re-write the Lord’s prayer. It works!) Mr. Bailey teaches comedy, even when he’s not trying to. He includes a glossary at the back of the book entitled “Everything I learned about writing in 50 years… the hard way.” I think every writer needs it on their desk.

The bottom line is, Mr. Bailey’s book is hilarious, insightful, juicy, heartwarming, and brought tears to my eye. Mr. Bailey stated more than once that writing Memoirs of a Muppets Writer was the most difficult thing in the world to write. I don’t think I am alone in saying I am glad you did, Mr. Bailey. Viva Rameau! 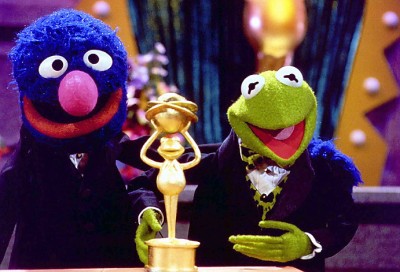 Be sure to check out The Muppet Mindset’s interview with Joe Bailey for even more information and great words from a great man!

One thought on “Book Review: Memoirs of a Muppets Writer by Joseph A. Bailey”