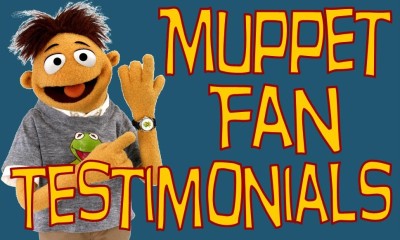 Submit YOUR Muppet Fan Testimonial to muppetmindset@gmail.com! We want to hear the story of how you became a Muppet fan and how it has affected your life. Won’t you share it with us?

Kyle Mahoney – When I was a little kid my cousin gave me her old Fraggle Rock tapes and I enjoyed them… until the Gorgs would show up. They scared the living daylights out of me. I had a recurring nightmare where I would pop out of the Fraggle hole, Junior Gorg would pick me up, and eat me! So, in the summer of 2008, when I rediscovered Fraggle Rock, I was ready to laugh at why I was afraid of some Muppets. But as I watched “The Gorg Who Would Be King” I became completely infatuated with the characters, story, music, and everything about it. I continued to watch several more episodes as my interest in these furry creatures increased. From this moment on I began to love Jim Henson, the Muppets, and anything related to them.

Through the power of YouTube I was able to watch more of Fraggle Rock, The Muppet Show, Sesame Street, and other Henson projects. My family eventually got wise to my interest and I feel like they were… less than stellar about it. My father had always wanted me to be into sports and being into puppets is kind of on the opposite end of the spectrum, don’t ya think? At school my fandom wasn’t very well received either. I had tried to convince my peers why the Muppets were better than Megan Fox and explosions in Transformers or whatever was popular. Regardless, I continued my fandom quest. I did research on everything I could find. Muppet Wiki became, and still is, my second most visited site next to Facebook.

When I watch the Muppets I have a smile on my face, a goofy smile, a strange goofy smile that I only get when I watch the Muppets. Nothing is like them, nothing has their wit, their humor, their creativity, and their heartfelt moments that make you forget that they’re pieces of felt with someone’s hand up their butts. I have acquired many Muppet objects during my four and a half years of obsession. DVDs, shirts, a hat, blanket, and Snuggie and goodness knows what else. Many times when I have gone out in my Beaker knit hat I have been pelted with sarcastic “Nice hat bro” comments or things like that. But every now and then I’m genuinely complimented on what I have and it it puts such a smile on my face and a skip in my step.

In September of 2010 I started my current job as a YMCA after school caregiver at my old elementary school. I was excited to work with such young children, especially ones who still watch Sesame Street. But to my disappointment, ALL of them believed that Sesame Street was for babies. I sat there in shock that 5 year olds thought they were too old for these timeless characters. To an even worse degree many of them didn’t know Fozzie, Gonzo, Animal, or even Kermit. I had lost faith in the generation of today… but I knew that it would change. I knew that “The Greatest Muppet Movie of All Time” was in production and it eventually became The Muppets. I was in awe that this film, the film that would put the Muppets back on top, would be released on my 19th birthday, November 23rd. I counted the days until this movie came out. I had planned to see this movie at midnight with a group of friends. Me and two of my friends arrived extra early and we walked into a surprisingly empty theater. 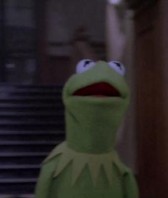 I sat in the theater with much anticipation to see how this film would be. As it started, I watched as this new character (who I was always on the fence about) Walter talked about his childhood and I immediately connected to him. I loved everything about him, especially his relationship with Gary (Jason Segel) and how he became less dependent of Gary as he grew closer and closer with the Muppets. This movie was everything I wanted. This movie was exactly what the world needed. A funny, musical, family film that’s accessible to people of all ages. The acting was great, the musical numbers were phenomenal, and the story in general was perfect for a reboot film. I saw the film three times. Each time I cried at the same three parts: “Pictures in My Head,” “Rainbow Connection,” and when the Muppets exit the theater to hoards of fans cheering their return.

The third moment had a very deep importance, because I wasn’t the only one who cried. My friend who had liked the Muppets but never had any real emotional connection to them also cried. He asked me why I thought he cried and I said, “Because its symbolic. The people in that world didn’t have Muppets around, but then they came back in the perfect way and they’re here to stay. That’s what this movie is doing for our world. We’ll be seeing the Muppets more often. They’ll be something that family can always do together.” The film sparked a flame in my head about Muppets. I’ve always been obsessed with them, but this movie made everything I wanted to do be related to Muppets.

One thing I haven’t really mentioned much is the talented people who make all this happen. Two special men I’d like to address are Steve Whitmire and Dave Goelz. Dave has a special place in my brain because he performs my two favorite characters: Gonzo the Great and Boober Fraggle. Dave has always been there to perform his characters with great vigor and probably will for many years to come. That is something I truly respect. Steve had one of the toughest career moves thrown at him: taking over Kermit the glue that holds the Muppets together. Steve took this role knowing its importance and the pressure that comes with it. He has taken Kermit and left all of Jim’s personality in the character. His rendition of “Rainbow Connection” made me cry due to the beautiful presentation and the song’s sentimental value to the fans and loved ones of Jim.

So many of the characters can relate to real people and real situations because they are a part of real people. Kermit the Frog is an extension of Jim Henson. Kermit is a part of that remarkable man and through Kermit, Jim will never truly die. I will never ever ever be able to repay him or any of the other talented people who have had the privilege of being part of a Jim Henson production for all they’ve done for me.

I’m always afraid to talk about Jim. Even if this whole rant was about him I doubt I’d do him justice. I owe this man so much. Jim defined who I am and how I’m going to live the rest of my life. He had no idea how important he would be to me and everyone else in the world as he turned his mother’s green coat into a symbol of friendship, laughter, and love. I have cried because of the realization that I will never co-exist with this man. I love him, I love his creations, and I love what he has done to change my life. I believe that this is what Kermit meant by finding the “Rainbow Connection,” because he created it. Finding the thing that makes you happy, finding the people that you love and love you too, and doing what you love for the rest of your life. So on behalf of all the lovers, the dreamers, and me, I thank you Jim Henson.