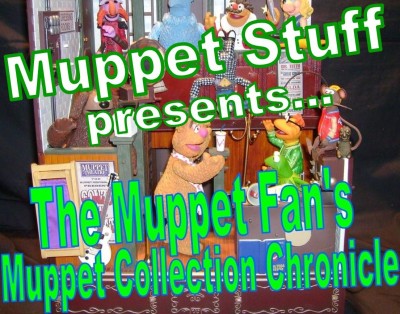 Justin H. Piatt – Hi! Just felt like showing off a few things. To help me in doing so, I’ve acquired the assistance of my lovely assistant… some weird, random monster thing. (My apologies for the poor quality, as I have yet to join the rest of civilization in the 21st Century) 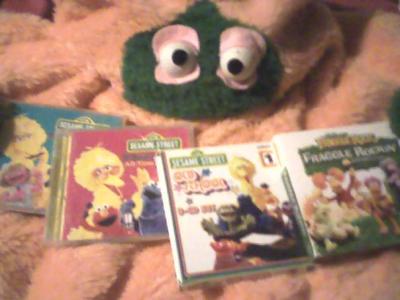 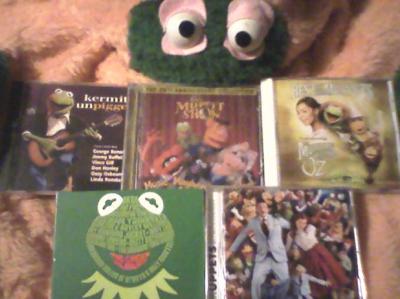 My CD collection: I don’t have all that many, but I hope to expand. Pictured above:  Platinum All-Time Favorites; Platinum Too; Old School: Volume 1; Fraggle Rockin’: A Collection; Kermit Unpigged; Music, Mayhem and More!; Best of the Muppets; The Green Album; The Muppets (soundtrack) – Naturally, all have been listened to far too much. 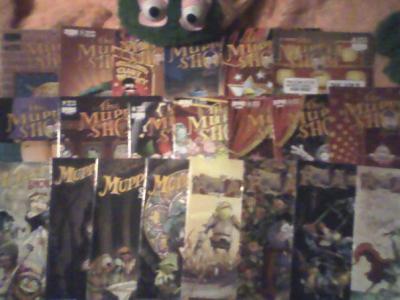 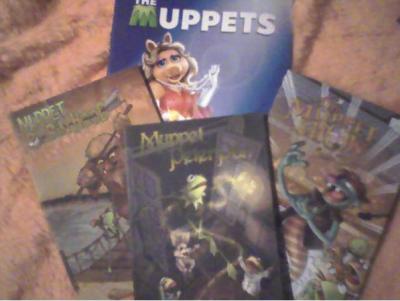 Next up, The Muppet Show Comic Book! I’m only missing Sherlock Holmes and the last three Muppet Mash comics… and of course, The Four Seasons series. 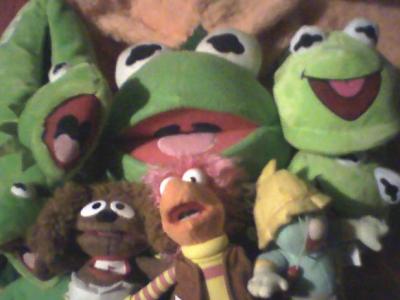 Here are the only Muppet dolls I own: A giant Baby Kermit that I found at FYE (wearing overalls, for some reason), a Baby Rowlf beanie, Gobo Fraggle (from Hot Topic), and a Doozer. Also, you’ll notice two very different pairs of Kermit the Frog slippers. Cozy! 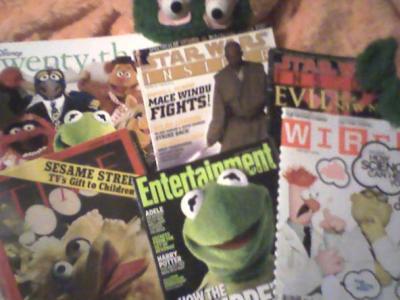 This is my Muppet magazine collection: Big Bird on the cover of TIME magazine; Bunsen and Beaker on the cover of Wired; Kermit the Frog on the cover of Entertainment Weekly; Disney twenty-three; and two issues of the Star Wars Insider… Well, see, the one has a Frank Oz interview, and the other has a series of articles all about Star Wars on The Muppet Show, including one that tries to fit the episode into the Star Wars timeline. 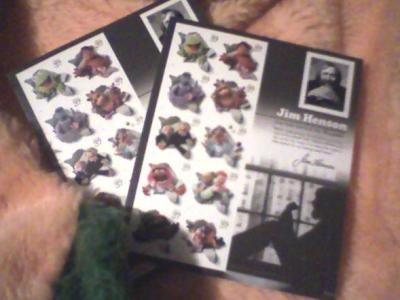 Muppet postage stamps – two sheets of the wonderful stamps that went out of date far too quickly. I had bought five of these, and used three. 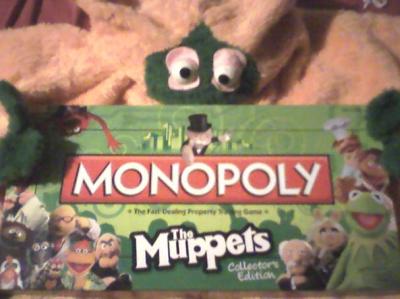 Muppet Monopoly – Nothing rare. Just the best edition of Monopoly ever. 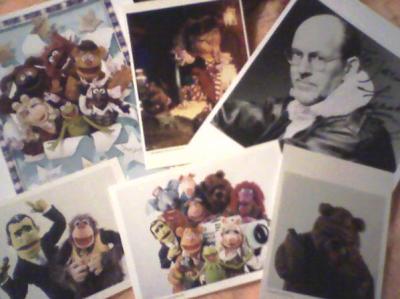 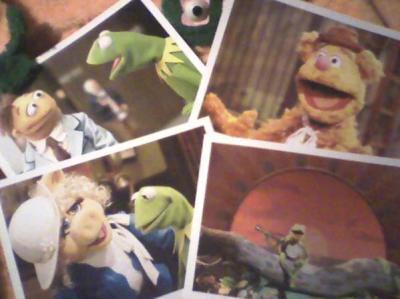 This is my collection of Muppet photos: Four that I received from Disney with The Muppets blu-ray, a group photo, three from Muppets Tonight, and a photo of Miss Piggy from Muppet Treasure Island. Can you believe Henson used to just give these things away? Oh, yeah! I almost forgot. That’s my personalized autograph from Frank Oz up in the corner. … No big. 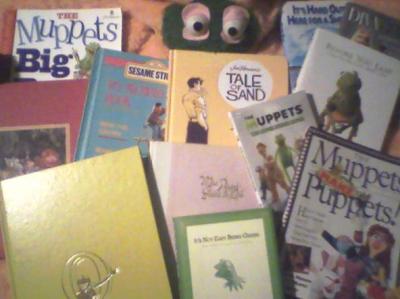 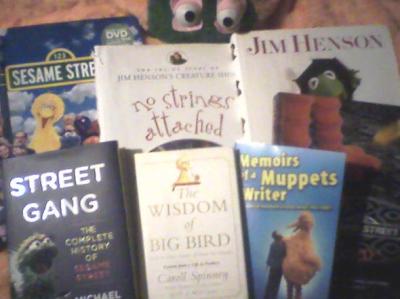 My collection of Muppet books (and there are a lot of them): The Muppets Big Book of Crafts; The Diva Code; It’s Hard Out Here for a Shrimp; Before You Leap; Muppet Babies’ Classic Children’s Tales; My Memory Book; Tale of Sand; Miss Piggy’s Guide to Life; The Muppets: The Movie Junior Novel; The Muppets Make Puppets!; The Muppet Show Book; It’s Not Easy Being Green; Sesame Street: A Celebration – 40 Years of Life on the Street; No Strings Attached; Jim Henson: The Works; Street Gang; The Wisdom of Big Bird; Memoirs of a Muppets Writer; Sesame Street Unpaved 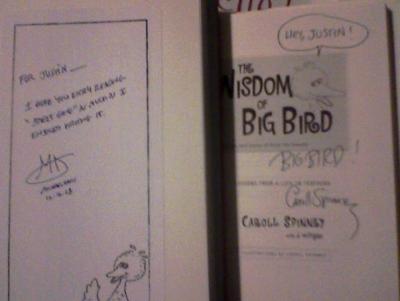 Additionally, my copy of Street Gang is signed by Michael Davis, and my copy of The Wisdom of Big Bird is signed by both Caroll Spinney and Big Bird. I also have a few photos from the signing, which I wasn’t able to attend, but a very kind, fellow Muppet fan got this for me. 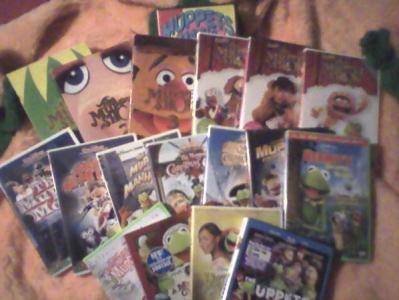 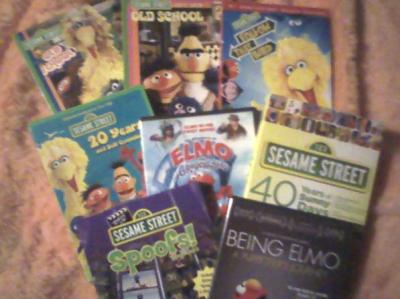 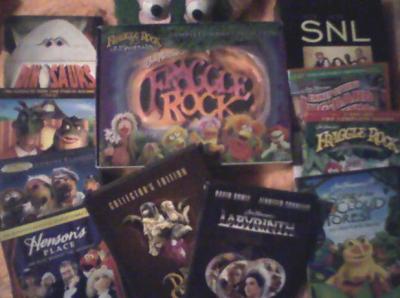 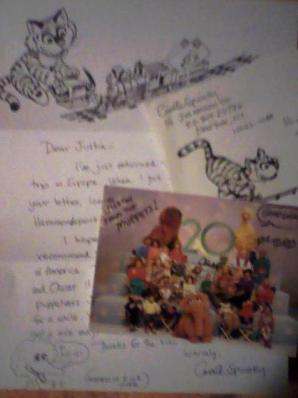 And last, but far from least, is this: My hand-written letter from Caroll Spinney. I love this. It’s one of the best things I own, and it even has a sketch of Big Bird on it from Caroll! I love the Picklepuss stationary and envelope, and the 23-year old postcard (signed by Oscar and Big Bird) that he sent with it. I can’t express how much this means to me, and I only wish this picture did it justice.

Well, that’s about all my stuff. I like it pretty well.