Ryan Dosier – With Muppets Most Wanted‘s March 21, 2014 release date fast approaching, we here at The Muppet Mindset thought it might be a good idea to get to know the human stars of the movie a little bit better. So please enjoy… Actor Identification in Muppets Most Wanted. 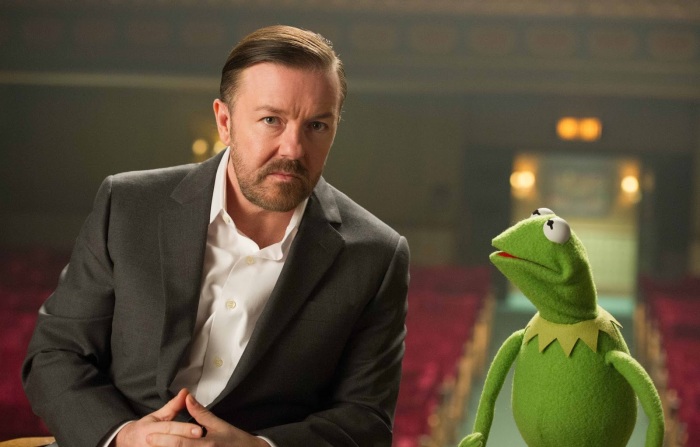 RICKY GERVAIS
The main human star of the film is British funny-man Ricky Gervais, who plays Dominic (aka Number Two), sidekick to evil Kermit doppelgänger Constantine. Ricky is no stranger to working with the Muppets, having starred in two segments for Sesame Street and making a cameo in The Muppets that was unfortunately cut. Ricky has also professed his love for the Muppets in interviews; his favorite Muppet is Robin the Frog. Outside of the Muppet world, Ricky is best known for creating and starring in the original British version of The Office, hosting The Golden Globes, and starring in films such as The Invention of Lying and Ghost Town. 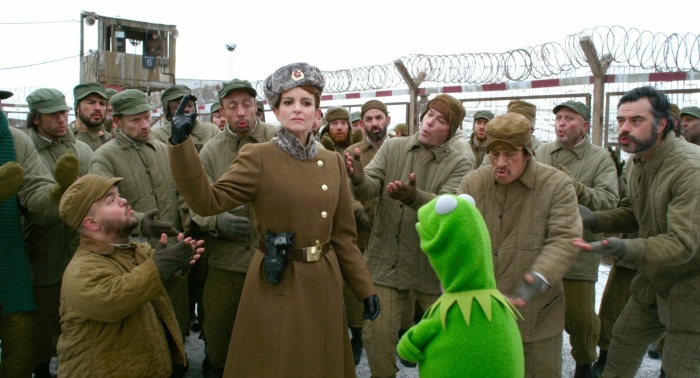 TINA FEY
Perhaps the most famous of Muppets Most Wanted‘s three human leads is Tina Fey, who plays Nadya, a prison guard at a Russian gulag. Tina appeared on Sesame Street as a “Bookaneer” in 2007. Tina Fey is best known for being a multi-Emmy award-winning producer, writer, and star of NBC’s 30 Rock, which came to an end earlier this year. 30 Rock featured numerous references to the Muppets and Sesame Street and even featured Anything Muppets in one episode and Kermit the Frog in another. Tina Fey has also starred in films such as Date Night and Admission, and wrote and appeared in Mean Girls. Tina has also hosted The Golden Globes, along with Amy Poehler. 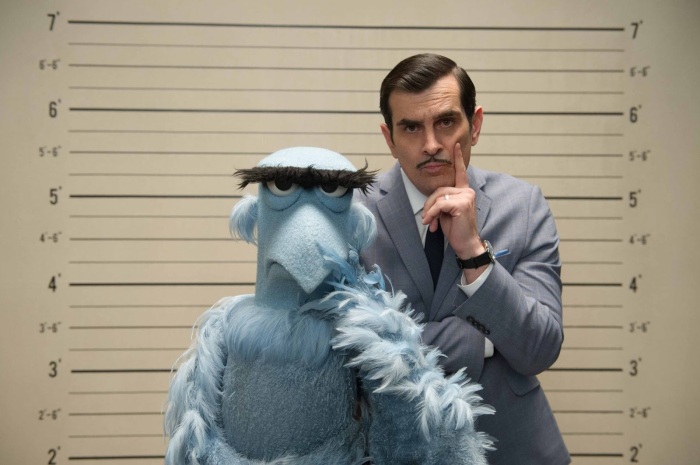 TY BURRELL
The third main human cast member of the film is Ty Burrell, who plays French Interpol agent Jean Pierre Napoleon, an agent bent on catching Constantine and forced to work with Sam Eagle throughout the movie. Ty appeared in a “Word of the Day” segment on Sesame Street, where Abby Cadabby turned him into a hexagon. Ty is best known for his Emmy-winning role as Phil Dunphy on ABC’s Modern Family. Ty has appeared in films such as Dawn of the Dead (2004) and The Incredible Hulk (2008). He is a truly hilarious actor and was the only cast member to appear to promote Muppets Most Wanted at the D23 Expo last month.

Muppets Most Wanted is also set to have cameo appearances from Tom Hiddleston (The Avengers), Christoph Waltz (Django Unchained), Danny Trejo (Machete), and many others. Since cameo appearances are subject to change, we won’t go into as much detail with these stars.

Anyway, there’s your celebrity lesson for the day! Class dismissed. 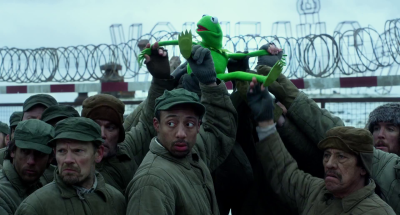