Ryan Dosier – Last week the first theatrical trailer for Muppets Most Wanted premiered–and it turned out that three different trailers were released at once. I’ve already broken down two of the trailers so today I’m here to finish the job with the third trailer. This is the UK trailer, and I am only including screenshots from this trailer that weren’t seen in the first two. Also, huge thanks and shoutout to Muppet Wiki, who got hi-def screenshots of all three trailers before I could blink! I’ll be using their screenshots here. Let’s get started, shall we? 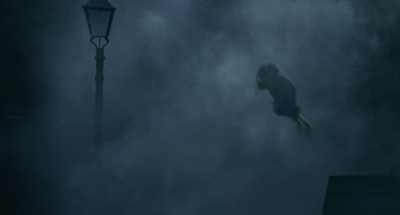 I know I’ve said it a bunch of times, but the puppetry in this movie already astounds me. These shots of a hooded Constantine leaping across foggy buildings are absolutely stunning. 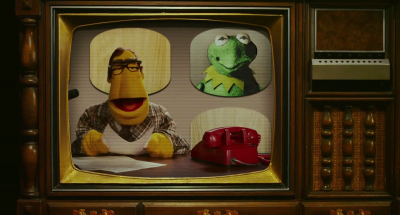 The triumphant return of the Muppet Newsman–at his news desk! I don’t remember the last time we saw that. The classic set from The Muppet Show is expertly recreated here. Kudos, design team! 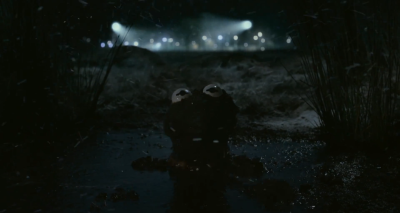 That’s one reference to The Shawshank Redemption! Think we’ll see more? I just love this shot. 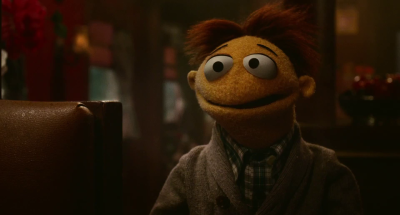 I didn’t mention it last time, but I’m really digging Walter’s new wardrobe for this movie. So many sweaters!! 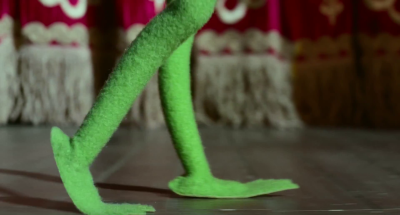 If you’ve ever dreamed about a moonwalking frog… Muppets Most Wanted will be a dream come true. 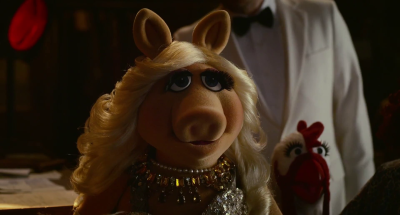 I really should be keeping track of Piggy’s outfits just in this trailer. I think she’s going to end up wearing more clothes than any other film before! 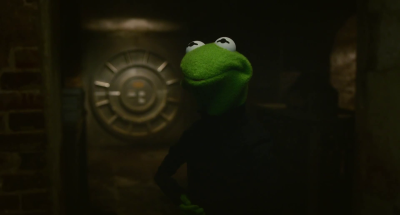 Where is Constantine? That’s obviously some large and impressive vault. 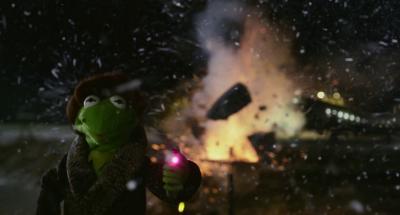 Constantine sure is a fan of blowing things up. Methinks he and Crazy Harry will get along well. Amazing, amazing shot here. 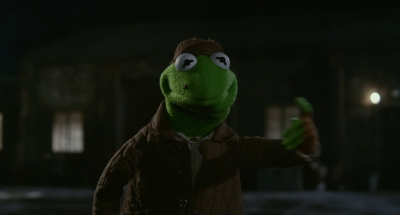 Aww, look at Kermit in his Russian garb. Ain’t he cute? 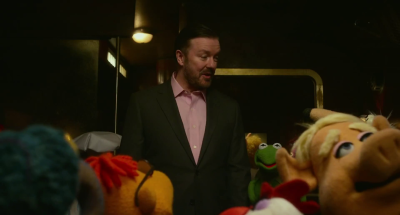 If you look very closely here, you can see Annie Sue’s yellow afro in between Dominic and Constantine. Also… LINK! 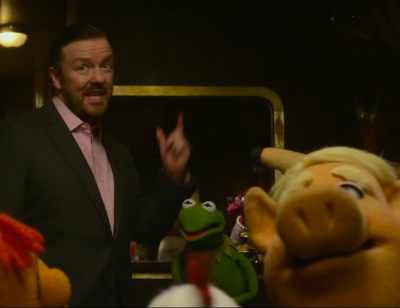 And if you look closely here you can see Mildred Huxtetter between Constantine and Link! This is Mildred’s first appearance since Muppets Tonight! FrogFan76 must be convulsing from excitement! 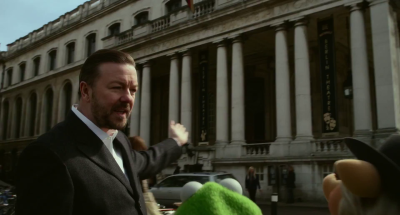 There’s nothing especially notable in this shot, other than Dominic’s outstanding line, “The comedy capitol of the world: Berlin, Germany!”

Floyd gets a line in the trailer! Huzzah! Plus, Kermit is here, so this has to be before Constantine takes over. 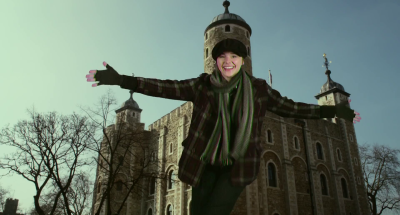 This was the only cameo shown to not be seen in the other trailers. I had no idea who it was, but someone on Muppet Wiki’s Facebook claims it’s Randa Nelson, who I’ve never, ever heard of. 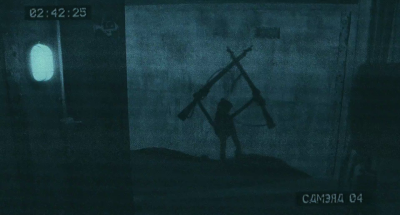 This shot is awesome. Constantine is clearly a force to be reckoned with. 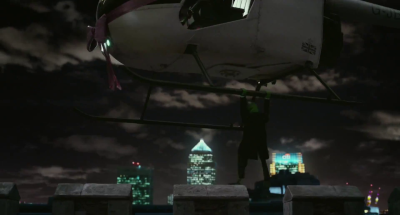 More awesome helicopter stuff! Here we see Kermit being carried off by himself. Someone grab him!! 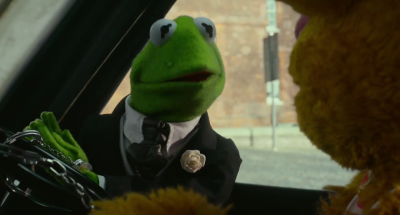 Is Kermit in handcuffs?! He must have been apprehended by Sam and Jean-Pierre Napoleon! 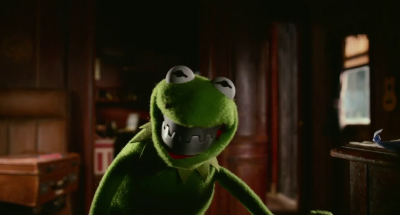 Okay, this is absolutely terrifying. 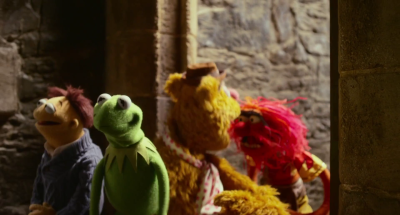 “Kermit, you were just like James Bond out there!” 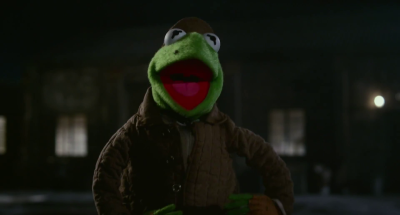 I really dig these Russian clothes on Kermit.

And winter clothes for Fozzie, Walter, and Animal!! Are they the Kermit rescue squad?

Well there you have it, another breakdown! I am bursting with excitement for this movie. You can rewatch the UK trailer below!