I Am Big Bird: The Caroll Spinney Story will have its world premiere this Sunday at the Canadian International Film Hot Docs Festival. Reviews of the Copper Pot Pictures documentary are already filtering in, and there isn’t a bad one in the bunch. Check out some of the great reviews below!

DorkShelf Review by Andrew Parker
“Aside from being a remarkably well crafted and guileless tearjerker, Walker and LaMattina have also created a brilliantly comprehensive biography of one of the Muppets’ most unsung heroes, combining rare home video footage shot by Spinney and his wife and in-depth and insightful interviews with those who know him best. Nothing is left untouched regardless of how negative or “un-Sesame” it might appear. It’s the beautiful, sometimes melancholic, and always heart tugging story of a man who wanted nothing more than to make people happy. I started crying mere minutes into the film and didn’t stop for the entire running time. Bring multiple boxes of tissues. This is not an exaggeration or suggestion.”

SceneCreek Review by Anthony Marcusa
Spinney, it’s explained by friends, colleagues, and his wife, is in fact Big Bird, from the way in which he enjoys simple pleasures in life to his almost naïve look at the world. What’s perhaps most interesting, aside from the complicated inner workings it takes to actually wield the massive yellow costume, is how everyone seems to be in agreement about just how peculiar and refreshing Spinney really is.

The Globe and Mail Article/Review by Dave McGinn

“This idea was really, in its basic form, ‘Hey, it’s really cool one guy’s been doing this for so long,’ ” says Dave LaMattina, who co-directed the documentary. But after meeting Spinney and delving into his life story, LaMattina and his partner, Chad Walker, knew they had a story that was much richer and more nuanced than that novel fact.

The Star Review by Bruce DeMara
The film will remind audiences of the important role Big Bird (and the man in the yellow suit) played in shaping both culture, children’s education and even politics.

Pretty Clever Films Review by Brandy Dean
These sorts of docs always have the potential for a being a big of a drag. After all, Carol Spinney is just a man and sometimes people are just boring. But do not fear. It turns out that Carol Spinney is just as much bird – if not more – than man. You already love Big Bird, but after watching I Am Bird Bird, you’ll fall in love with the man who brings him to life as well.

I don’t know about you, Muppet fans, but I’m so completely thrilled to see this film. We’ll keep you posted about when and where you can see I Am Big Bird as soon as we have more info! 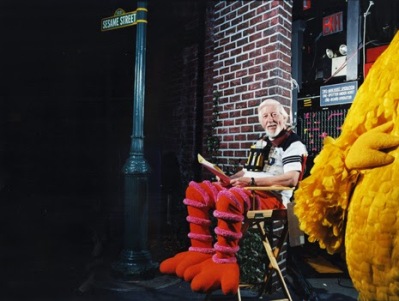