Since we didn’t do a News Update last week, we missed out on sharing the video of Kermit the Frog and Miss Piggy on PBS’s A Capitol Fourth, which aired live on 4th of July. The performance, which saw Kermit and Piggy singing “This Land is Your Land” and Kermit performing “Rainbow Connection,” was positively delightful. Steve Whitmire’s enthusiasm with Kermit during both songs is infectious and wonderful. Also Tom Bergeron, Fozzie, and Animal are there, and great as ever. (Special thanks to our friend Chris Stulz for making and sharing the video.)

Archaia Comics are heading back down to Fraggle Rock with a new series of Fraggle stories. The series will be written by Kate Leth and illustrated by Jake Myler. The book is titled Fraggle Rock: Journey to the Everspring and according to Nerdist it will feature the beloved Fraggles we know as well as some new characters. Journey to the Everspring is divided into four parts, with the first issue released on October 8th. Here’s hoping Archaia can capture the excellence of their first Fraggle Rock series once again!

The San Diego Comic Con is coming up next weekend, and Sesame Street is heading out for a panel! The panel is on Sunday, July 27 at 10:15am in Room 6A. The impeccable, huge Muppet fan Chris Hardwick (Nerdist) will be moderating the panel, which includes Muppet performers Eric Jacobson, Joey Mazzarino (also head writer and director), and David Rudman, as well as executive producer Carol-Lynn Parente. During the panel, they’ll debut a new Season 45 episode called “Numeric Con,” a parody of Comic Con itself. They’ll also be premiering a new segment of the fantastic “Cookie’s Crumpy Pictures” series called “Star S’mores.” Color me happy (and fuzzy, and blue).

The Jim Henson Company is also going to Comic Con with a panel of their own, titled “The Jim Henson Company: Upcoming Comics with Archaia,” so there will clearly be a lot of discussion of Fraggle Rock, Labyrinth, The Dark Crystal, and The Musical Monsters of Turkey Hollow comic books. The panel will be held July 25th at 6:00pm in Room 32AB. Panelists for the Henson Company include Jeff Stokely (illustrator for The Storyteller: Witches), Jake Myler (illustrator for Fraggle Rock), Ian Herring (colorist for Tale of Sand), and Shane-Michael Vidaurri (writer and illustrator for The Storyteller: Witches). Special thanks to ToughPigs for this info!

Once again, the rumor that the Muppets are heading to Broadway with a brand new original musical has resurfaced. This time, The New York Post is reporting on it. Nothing new comes to light in this article, and really it adds nothing more to the table that we haven’t known for awhile now, but it’s nice to see it still being talked about. 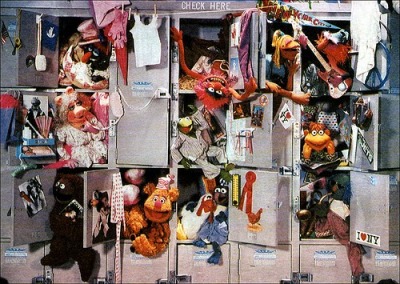