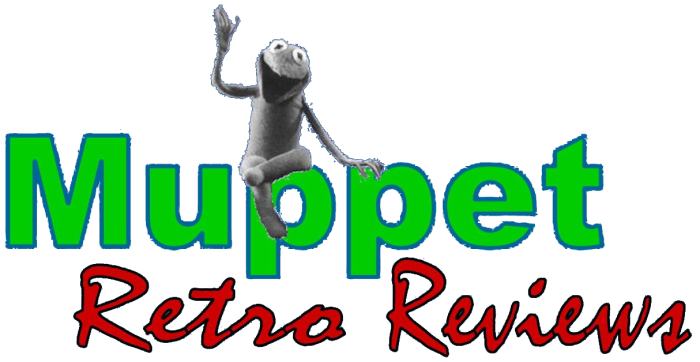 Abigail Maughan – Thanks for voting in the poll last week, everyone who voted in the poll last week! The episodes with Sandra Bullock and Cindy Crawford seem to be the overwhelming favorites, with Whoopi Goldberg and Garth Brooks close behind. You can see the results here. Now, on to Season 2!

201– THE ARTIST FORMERLY KNOWN AS PRINCE
PLOT: One of few where the guest star doesn’t have anything to do with it, Johnny becomes disgruntled when Sal wants to pursue osteopathy.
GUEST STAR: Acting doesn’t appear to be pop singer Prince’s strong suit, as he mostly sounds bored when talking to bears, rats, and ventriloquist dummies, but many good jokes come from the Muppets trying to say his name or referring to his past works.
COMEDY: Notably, we get the “Hee-Haw” parody “Muppet Hoo-Haw” and a “Tales from the Vet.” Osteopathy subplot aside, I don’t feel like the comedy is as sharp as it has been in the past, particularly in backstage guest star banter.
MUSIC: Two full numbers courtesy of Prince. One is the strange, elaborate, but not unpleasant “Starfish and Coffee” music video. The other is the dull closing number “She Sent Her Angels,” which is one of the few slow song on the entire show, and I believe the only one without Muppet characters singing along. 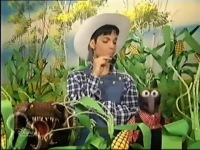 MY RANKING: 2.5/5 Pop-Up Acupuncture books. I don’t think it’s among the best of what the show has to offer, but it is pretty darn memorable, what with the funky music and distorted Muppets.

202—RICK MORANIS
PLOT: In their only feature episode, Pepe and Seymour’s cooking show, “Hey, What Smells (So Good? It’s Time to Cook with Seymour and Pepe),” gets in the way of Rick Moranis’s big closing number.
GUEST STAR: Actor Rick Moranis, as it turns out, is a wonderful straight man to Seymour and Pepe and is apparently in league with devils. Who knew?
COMEDY: This episode contains not one, not two, but three well-done parody skits: the incredibly goofy “Muppet Odd Squad,” “Co-Dependence Day,” and “Lash Holstein: Space Cowdet,” which is hilarious in its intentional hamminess from the writers and Muppet performers. Everything else, including my favorite of the “Tubmans of Porksmith” sketches and a running gag using the song “Whip It,” is not half bad either.
MUSIC: Rick Moranis casually sings his “Salute to Late Fifties Crooners, Obscure British Bands, and Bill Withers” to the backdrop of Seymour, Pepe, Bunsen, and Beaker fighting a losing battle against a gigantic monster made of dough. Don’t you just love the Muppets?

MY RANKING: 5 out of 5 smashed ants. This episode is continually funny and weird in a good, unique way, and the unfunny is quickly overshadowed.

203—HEATHER LOCKLEAR
PLOT: Heather Locklear undergoes extreme personality shifts after eating Bunsen Honeydew’s Mood Meals.
GUEST STAR: Actress Heather Locklear is pretty believable and just a little bit scary as she gets to act annoyed, ditzy, affectionate, and murderous all in the same episode.
COMEDY: Much of it comes from the scenes with Heather in a mood extreme, saying things like “Don’t you love the way babies’ heads smell?” in one segments, and beating up bunny rabbits in the next. We also get a “Tales from the Vet,” the final “Fairyland PD,” and something called “21 Muppet Heights,” all of which are tightly-written and clever.

MUSIC: We get “The Coffee Song,” and a finale that sees more Muppet abuse from the guest star behind Kermit’s attempt to sing “Strolling through the Park One Day.”
LOWLIGHTS:

MY RANKING: 4 out of 5 trout to the face. An even mix of verbal and physical comedy makes it hard to find something to dislike about this episode.