Sesame Street have picked up 13 Daytime Emmy nominations this year, including two Outstanding Performer in a Children’s Series for Leslie Cararra-Rudolph (Abby Cadabby) and Joey Mazzarino (Murray).  The show is also nominated for Best Pre-School Children’s Series, Outstanding Technical Team and more!  Congratulations and Good Luck to all the nominees!

Disney Junior have started airing their new ‘Muppet Moments’ series, with short videos of The Muppets interacting with young children.  While some are a little too schmultzy and cute, some are downright hilarious, such as Rowlf wanting raisins, and Fozzie bombing with a young girl.  What’s great about these videos is the random Muppets who appear. Bubba the Rat from Muppets From Space makes an appearance, and we’ve had word that Beauregard may turn up soon.

The Muppetry world lost two legends recently, with the passing of The Muppet Show’s Ray Charles and long time Sesame Street director Lisa Simon.
Ray served as a music consultant on The Muppet Show, penning various songs such as ‘Falling Song’ sung in the Brooke Shields episode.  You can read a great tribute to him from ToughPigs here.
Lisa served as a producer and director (for which she earned an Emmy) on Sesame Street for almost its entire run.  Her contributions cannot be summed up, but ToughPigs have a lovely article on her here. 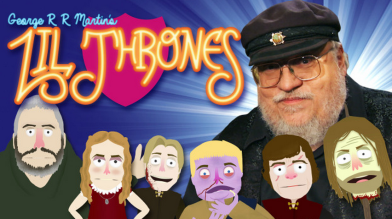 Our friends at Team Coco recently released a web-exclusive video of a
Game of Thrones/Muppet Babies parody.  Please note that while hilarious, it is slightly NSFW and contains spoilers of all 4 seasons of Game of Thrones.  While we here at The Muppet Mindset try to remain family friendly, this was too good to ignore. 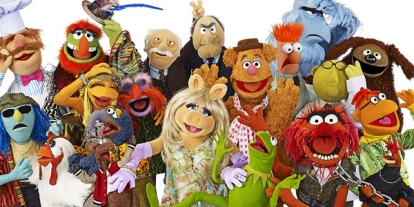 The biggest news comes from Disney, with the announcement that a pilot for a new Muppet series is currently in production.  Bill Prady, who worked on Muppet Vision 3D, The Muppets Celebrate Jim Henson and The Jim Henson Hour, has co-written the script, and the pilot is being directed by Randall Einhorn, whose credits include Modern Family, Parks and Recreation and It’s Always Sunny In Philadelphia.  The show would focus on The Muppets making a variety show at ABC Studios, and would focus on the core Muppet characters.
Jarrod has written a little about the pilot which you can find here.

In news closer to home, Muppet Mindset founder Ryan Dosier has recently begun a new job at The Walt Disney Company, working as a Social Engagement Strategist for The Muppets.  We could not be more excited for Ryan as he begins his dream job.  You can read Ryan’s farewell letter here.  Many amazing people wrote well wishes to Ryan which were so big that they had to be posted in two parts.  Read Part 1.  Read Part 2.
The Muppet Mindset is now being run by a small team, headed up by long time Mindset Staff Member Jarrod Fairclough, who (with the help of Peter Linz) made his succession speech a little earlier in the week.