This week The Muppet Mindset turned 6 years old.  Founder Ryan Dosier returned for one day only to say a few things, while new Head Operator Jarrod Fairclough thanked everyone who made the last 5 months so great.  Kieran Moore gave us 10 songs all about the number 6.  You can find each of these posts below.

The Muppet Mindset Turns 6 – A Word From Ryan Dosier 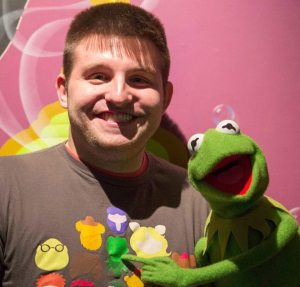 The Muppet Mindset Turns 6 – A Letter From Jarrod Fairclough

We’d be remiss if we didn’t again mention the efforts of Mitchell Stein, John Papovitch and Kyle Mahoney who do so much for us.  We’ve asked them to write a little something for the site’s anniversary.

Has it really been six full years? As I look back it’s been incredible to see this website grow to what it has become, first as a regular reader and then becoming a member of the Mindset staff, it’s been an incredible journey. Working with the Mindset team has been an absolute blast and I cherish every article I’ve written for the sites.  That awesomness began working with Ryan on the site which will be nearly two years ago (!!) this fall. Ryan has been so awesome to work with, and such a great guy, and I couldn’t be more thrilled for his new position working with the Muppets. Congrats again Ryan. There’s no one more deservant of that job than you.

But I can’t imagine anyone better to take over the Mindset torch than Jarrod, who’s done a fantastic job at the site so far. I always am thrilled to contribute to the website because Jarrod does such an awesome job at staying dedicated to the site with making sure there’s always quality articles set up and for just being the best guy to work with. Thanks John Papovitch and Kyle Mahoney for doing a great job with the Instagram and Tumblr pages for the website and your constant contributions. Also thanks to the dozens of frequent contributors who make this website what it is. It really could not be done without you all.

Being a part of the Muppet Mindset has been a true honor and privilidge. The random other fans turned friends I’ve made in this community is amazing and I’m glad I’m able to give something back by running the Tumblr page as well as contributing articles. Ryan Dosier is a true friend and the amount of time we spent on the internet simultaneously is staggering.  My love of Muppets is equally as staggering and I’m glad to be part of this 6 year legacy of fans giving back because the best part of being part of the Muppet Mindset is that anyone can be part of it!

A lot of things in my life have changed in the last six years. In 2009, I was going into my senior year of high school as The Muppet Mindset got its start. In fact, I remember very well the events that lead up to The Muppet Mindset coming online. An attempt to branch out to the Muppet fan community who was lacking a resource involving user contributions (not to undermine the boys at Tough Pigs) ended up becoming its own entity and one of the de facto Muppet fan sites on the internet and it’s great that it did. In the past six years, we’ve seen this site go from doing reviews and the occassional editorial to being filled to the brim with improved reviews on all things on the Muppet spectrum, interviews with many of the biggest names in Henson industry, continuing article series like Weekly Muppet Wednesdays and all-around being a major voice for the Muppet fan community. It’s been a blast being a part of this site not only as a contributor but as a part of the team as of now. Here’s to six great years!

Thanks again to everyone who has contributed to The Muppet Mindset over the last 6 years.  We can’t wait to see what’s ahead! 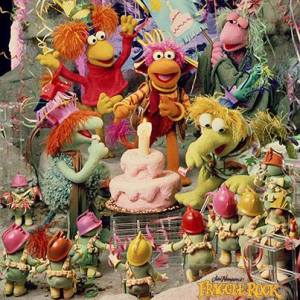