In timing that frankly couldn’t have been worse, it was announced yesterday that The Jim Henson Company and Tri-Star have signed a deal for a new Labyrinth film.  Of course this isn’t the first we’ve heard of a new Labyrinth, with rumblings beginning last year.

Nicole Perlman, one of the writers of the hit Marvel film Guardians of the Galaxy, has been tapped to write the script.

Look, we don’t know for sure that this is going to be a remake (and from here on out I am refusing to use the word reboot), nor do we know for sure that this film’s even going to happen (*cough* Fraggle Rock movie *cough*).  Perhaps we’ll all be laughing in two years as the film is awarded ‘Best Picture’ at the Academy Awards, and we’re all applauding the brave but amazing choice of casting Will Forte as Jareth.  But the news has not been met with cheers from the masses, and perhaps the foul taste in the internet’s mouth is due to the recent passing of Labyrinth star David Bowie.

Perhaps the best bet at the moment is to make a film based on the world of the Labyrinth, and leave Sarah and Jareth out of it.  Heck, if that was the case then I’m sure a cameo from Ludo or Sir Didymus would be adored.  But only time will tell.  We’ll bring more news as it comes to hand. 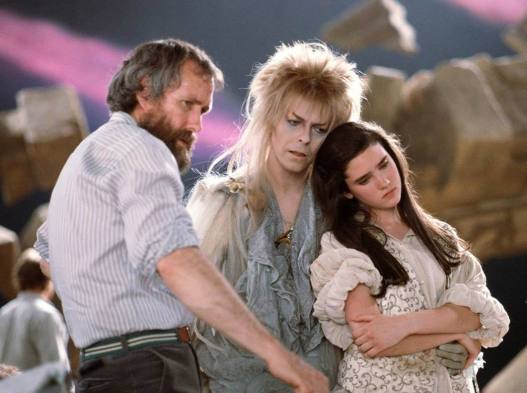 One thought on “Really? Henson Announces A New Labyrinth Film”