Michael Wermuth Jnr – Dinosaurs wasn’t really a “continuity show”. All episode plots were self-contained (unless you count the two-part “Nuts to War”). If a major change happened in one episode (such as Roy and Monica getting married in “Green Card”, Baby getting named Ugh Ugh I’m Dying You Idiot in “And the Winner Is…”, or any time Fran

or Charlene got a new job), things usually reverted back to normal by the end of the episode (with only a few exceptions, like Charlene’s tail growing or the events of the last episode). But although the show didn’t really have major continuity, there are some things that sort of contradict other things, even if they don’t contradict each other 100%

For example, in “Scent of the Reptile”, it’s revealed that when a girl gets her scent, the smell is unappealing to all male dinosaurs except for the one they’ll marry. But in “How to Pick Up Girls”, Earl tells Robbie that Fran was the first one he asked out and then asked her to marry him just so he wouldn’t have to go through what he did to ask her out, in “Nature Calls” he argues that he married her so she’d do things like change diapers (“This is females work, that’s why I married a female!”), and in “Hurling Day” he tells Fran that he married her just so he could hurl Ethyl. This is not all contradictory. The last two were clearly him making excuses during arguments against what he wanted, and given Earl’s general incompetence, he might have been unaware that the woman’s scent is supposed to only attract her future husband. In the case of hurling Ethyl, he might have viewed his hatred of her – and the fact that he would be able to hurl her if she’s his mother-in-law – as a bonus to marrying Fran. 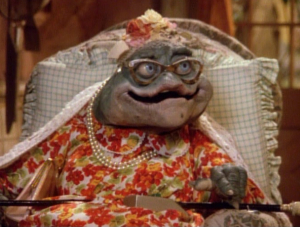 At the end of “Hurling Day”, after Ethyl decides she doesn’t want to be hurled, Fran asks Earl how much longer she could live, to which Earl ignorantly remarks that nobody has ever died of being old, which could just be him being ignorant, or maybe in the world of Dinosaurs nobody had died of being old (maybe everyone had either been eaten alive or lived to be hurled). In a later episode, “The Last Temptation of Ethyl”, she is aware that she could die any minute due to age. And on the subject of death, in “Driving Miss Ethyl”, she is surprised when she finds she is the last of her class to still be alive. Didn’t she remember that she was old enough to be hurled, and chose not to? Did the fact that she didn’t get hurled make national news (Robbie pointed out that Earl could go down in history as the first to not hurl his mother-in-law, but an ashamed Earl tried to make up an excuse to his co-workers), leading to more mother-in-laws not getting hurled? Did she graduate early (or possibly repeat a year or more, which I find unlikely), making her older than her graduating class? 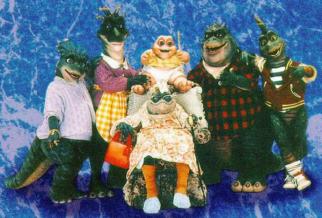 And then there’s confusion on whether Ethyl lived with the Sinclairs or not. “Hurling Day” ends with her moving in with the family, but then there are episodes where it seems like she doesn’t live with them (and Fran doesn’t seem to have any siblings she could stay with at times). In later episodes “Employee of the Month” (which, according to Muppet Wiki, was actually produced before “Hurling Day”) and “Slave to Fashion” it’s specifically said that she came over for dinner, and there are many times when she’s not there for family meals, most notably in “The Family Challenge”. She doesn’t appear until halfway through the episode, after two family dinner scenes where Fran wanted the family to talk at the dinner table (I would expect her to have said something about her mother not being there), she doesn’t appear when the family goes on vacation in “Variations on a Theme Park” (and she’s not seen or mentioned earlier when Fran complains that the family doesn’t spend time together anymore).But there are episodes where she clearly lives with the family, such as “Nature Calls” and “Germ Welfare”. But here’s a wild guess: maybe the actual order of continuity is a lot different from both broadcast and production order and a lot of these events happened before “Hurling Day” (wow, I didn’t realize before I wrote this article that most of these “inconsistencies” involve “Hurling Day” in some way). 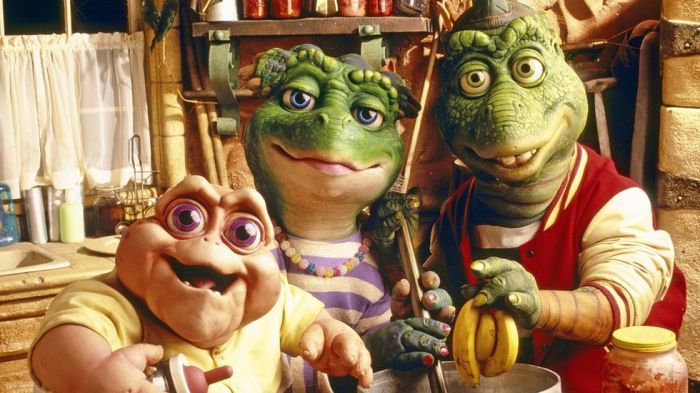