With just a little less than a week to go to Christmas, you are likely putting the finishing touches on your holiday preparations, when suddenly you remember that you haven’t done any movie marathons of Muppet Christmas films, making your holiday preparations far from over. You begin to panic, but fear not. Here at The Muppet Mindset, we know that properly preparing for the holidays can be a confusing and daunting task and it’s tough to navigate the three thousand Muppet Christmas specials out there, so we’ve put together this handy-definitive guide to make your Muppety Christmas as perfect as it can be. No holiday celebrations are ever quite completed without The Muppets, and we want to make sure you’re doing it right.

This theatrical film marks the first Muppet film after the death of Jim Henson in 1990, and it’s undoubtedly the definitive Muppet Christmas film. If you’re reading this website, I’m sure there’s no doubt that you’re already on your sixteenth viewing of this brilliant, emotional and perfectly poignant Christmas film this December. If not, you’ve got some catching up to do!.

The gang’s all here! Even without all those pesky lawyers and licensing issues.

Muppets aside, this might just be one of the greatest holiday specials of all time. There’s no doubt that this unique and obscure holiday special is pretty much perfect in every way, and it’s wonderfully hilarious and heartwarming and is a required viewing for any Muppet fan, whether it’s for your first time or an annual tradition. Muppet Family Christmas is one of the few rare times that the extended Muppet family, from Muppets, Sesame Street to Fraggle Rock share the screen together, and the results are the masterpiece that Muppet fans have come to cherish. Hopefully one day it will make a great holiday present on Blu-Ray Combo Pack, but until then, we’ll have to settle for blurry YouTube uploads. 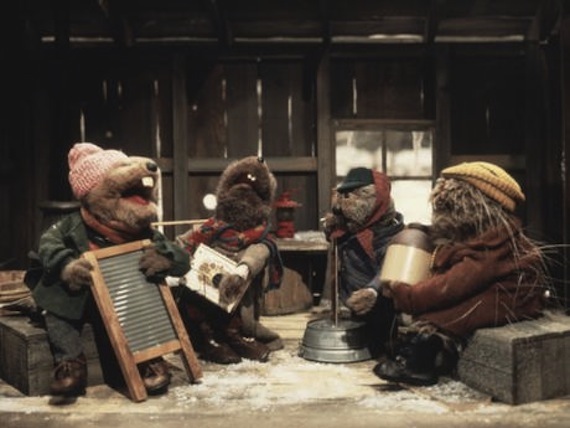 The pinnacle of great Muppet Christmas specials is the amazing Emmet Otter’s Jug Band Christmas. From its perfect emotional heart and story, to its jaw dropping puppetry and gorgeous music by Paul Williams, this is one of Jim Henson’s crowning achievements. It’s a stunning blend of everything that works perfectly and one that will and should be an annual tradition for any Muppet fans or anyone who enjoys all things wonderful and perfect.

This probably wasn’t what they had in mind when Gonzo suggested they “hang out”.

A Muppet Christmas: Letters to Santa: 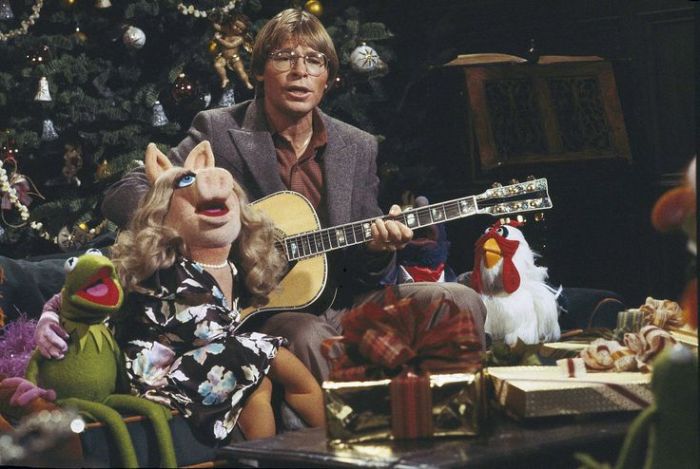 John Denver and the Muppets: A Christmas Together

John Denver has a long history with The Muppets, but one of his greatest collaborations was this holiday special which is a wonderful classic special starring the characters with some of their most hilarious work and fantastic musical numbers. For the Muppet fan seeking the great lesser-known Muppet productions, this is a must-watch.

In 1978, Sesame Street released two specials a week apart from each other. One was the absolute delight that was Christmas Eve on Sesame Street, (the other was the odd and less-classic  A Special Sesame Street Christmas). Christmas Eve features some of the most classic perfect moments that make it a delight worth cherishing, including an incredibly long running-gag with Cookie Monster. What more can you ask for?

This special is a great blend of some stuff that work really well and some elements that work awfully. The final result is a bit of a mixed bag, but overall a mostly delightful film. When the Muppet Theater is lost due to a cheated clause in The Muppet’s contract, Kermit feels awful that he dragged his friends into his mess and that his inability to deliver the money on their contract will now make them homeless and evicted before Christmas eve. So when an angel arrives in order to help Kermit, he wishes he was never born, only to have his wish granted. Loosely based on It’s A Wonderful Life, the special is mostly redeeming, and while it isn’t perfect, it’s certainly worth at least one viewing before the holidays.

Don’t watch this special. If you come within range of it, run in the opposite direction while throwing your hands in the air.

That’s it for our guide to Muppet Christmas Specials! Happy Watching! Be sure to share your favorite special below.