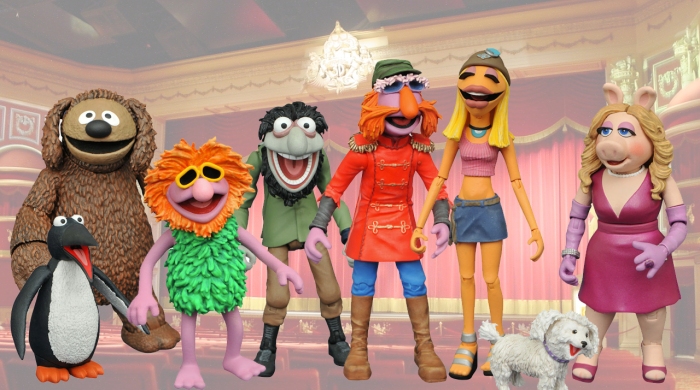 Jarrod Fairclough – Long ago, when I was just a lad, looking for my true vocation, I was too young to be purchasing these gorgeous Muppet figures I’d see in local pop culture stores, by some company called ‘Palisades’.  Then, when I was finally an adult (in relative terms), and could afford such things, they were nowhere to be found locally, and the only place to purchase them was online for ridiculous amounts of money.  I resigned myself to never having a decent set of Muppet figures.

Until Diamond Select announced theirs.  Then everything changed.

Both Series 1 and Series 2 of these figures have been incredible, with characters like Animal, Kermit and Gonzo getting the toy treatment, not to mention the impeccable Statler and Waldorf Balcony set.  And now they’ve released Series 3, which might be my favorite of the lot yet.  Let’s take a look at each one individually, shall we? 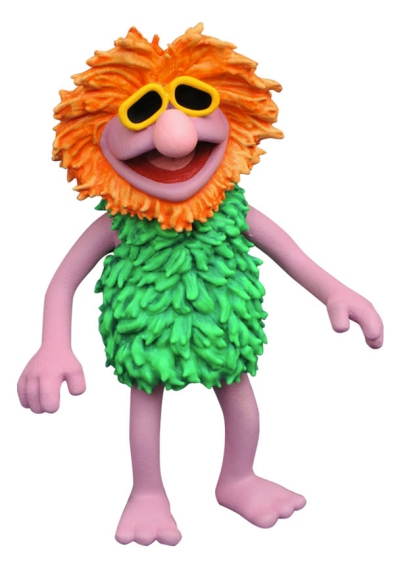 Mahna Mahna
Let’s just take a moment to appreciate that in 2017, we got a figure of Mahna Mahna, which is hilarious in its own right.  One of the most popular ‘obscure’ characters, Mahna Mahna here is captured perfectly, his manic hair, down turned eyes and wild fluffy green body completely in accordance with the puppet.  He stands just a little shorter than the others, as he should.  Hopefully future series will include a Snowth or two.

Penguin
No, not Gloria Estefan, although she does make an appearance in photo-form with the Miss Piggy figure.  This is a classic Muppet penguin, one you’ve seen thrown around the place instead of a real sketch ending many times.  His little arms flap out just a little, and he’s nice and thick at the bottom, meaning he comfortably stands on your shelf, looking for a job at Pete’s Diner and being offended when you deny him.  Was that reference too obscure?

Foo Foo
Foo Foo has always had that generic dog look about her, but it translates well here.  She could be described as an accessory to Miss Piggy’s figure, but considering she’s a puppet in her own right, it seems fair to seperate them.  She comes with a little bowl and a leash that didn’t fit around her neck when I tried it.  But her little tail swivels, so that’s fun.  Also, up until today, I thought Foo Foo was a boy.  No idea why.

Janice
While still a gorgeous looking figure, Janice might be my least favorite of the bunch.  Her thin spindly legs make it difficult to have her stand on her own, though it looks like she was meant to come with a panel to assist with this, as there are holes in her feet.  I also don’t love that her hat isn’t magnetic, because it doesn’t stay on, and within a day I’d already lost it.  Thankfully she looks just as good without it.  Fer sure.  But her wide mouth, her big lips, and her Valley Girl clothes look perfect, arguably more so than her Palisades figure did (though remarkably similar).

Miss Piggy
I never loved the Piggy Palisades figures, and I think it had to do with the hair in a couple of them.  Here though, Diamond Select have had no problem going with the longer hair look the pig has been rocking for years.  One thing I love about all these figures are just how proportioned they are compared to their puppet counterparts, and Piggy doesn’t disappoint.  She’s slightly thicker, and her nose is the right size, compared to the huge snout the early Palisades figures gave her.  She’s sturdy, too, meaning she stands nicely next to Kermit on his directors chair, ready to karate chop him in to oblivion.

Floyd Pepper
It’s probably not fair for me to be comparing these toys to their Palisades counterparts, but when both did such a great job of capturing the characters so well, it’s easy to do.  Floyd here just looks a little more ‘puppet like’ than the older figures, which could be due to a slightly lighter color scheme.  I should mention the paint work.  Besides the giant pupils on Kermit, each character’s paint job is impeccable, and that really shows here with the gold on Floyd’s jacket.  Each one is carefully done, rather than haphazardly slopped on, and that attention to detail is just one of the reasons that these figures work so well.

Rowlf
Though a little difficult to articulate his body, Rowlf is a beautiful figure, looking so close to the puppet that at first glance at a photo you’d be forgiven for thinking it was.  Rowlf just looks happy, and that’s the best kind of Rowlf.  He stands nicely with his piano, and I love that it comes with a Beethoven bust and candles, Muppet Show style.  That gives me a chance to talk about the accessories with each character.  Though each one is extremely well made and looks great, I wish they were a little sturdier.  The microphones and music stands suffer from a similar flaw to Animal’s cymbals from Series 1, in that they fall over at the drop of a hat, and are a little flimsy.  Rather than be made from plastic, perhaps metal would have been better for those sorts of things.  Just a little something to think about as we go forward in to Series 4. 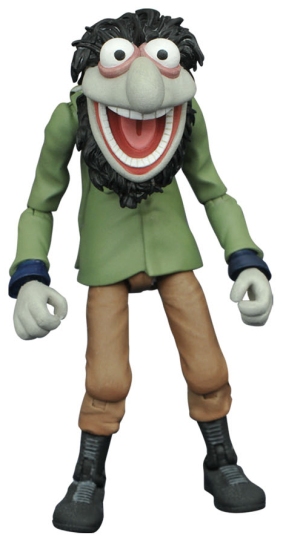 Crazy Harry
Finally, my absolute favorite piece of the entire lot is Crazy Harry.  For so many reasons.  Firstly, he looks dead on like the puppet, eerily so.  His bulging eyes, his manic grin (which opens and closes) and his hunched over body means that from every angle you look at him, it’s new and hilarious, and it works.  And even with that upper body lurched over to such an extent, miraculously Crazy Harry still stands perfectly, and hasn’t fallen over once since I put him on my shelf.  I’m assuming he was meant to come with an explosion detonation plunger, because his hands look like they should have something that goes with them, but perhaps Disney decided that wouldn’t be a great idea, which I understand.  Instead he can hold a microphone or a mirror, and you can put him in weird situations he’s never been in before, like doing stand up comedy or checking himself out, or something of the like.

All in all, Series 3 of Diamond Select’s Muppet Figures are incredible, and they make me excited for what’s coming next in Season 4, which includes Sam Eagle, Dr Teeth, Rizzo, Zoot and The Swedish Chef.  Everyone who has worked on these figures should be extremely proud, because they’ve done a phenomenal job in capturing not only the likeness, but the personality of the characters as well!