Jarrod Fairclough – We’ve done it, ladies and gentlemen.  We’ve made it to the end of another year here on The Muppet Mindset.  There’s been a tonne of craziness this year, from interviewing Elmo to co-breaking the news of Steve Whitmire’s departure.  Let’s jump in and take a look at the first six months of our time here on the site, shall we?

January 3rd – New Years Resolutions with Cookie Monster & Elmo
Our two furry pals made new years resolutions to be kind.  Now, I got a hug from Elmo this year, so that counts, right?

January 13th – Ellen Schools Oscar In Kindness
Oscar appeared on Ellen to promote Season 47 of Sesame Street, and got a lesson in kindless from the famously kind host.

January 17th – Yes, That Character Existed
Sesame Street has had a bunch of weird one-off characters over the years.  We highlighted just a couple of them.

January 23rd – Elmo & Rove
Elmo has had a budding bromance with Australian talk-show host Rove McManus for many years.  So we went though it all.  It was very bromantic.

January 31st – Be More Like Jim
Our pal John wrote in, challenging people to be more like Jim Henson in these trying times.

February 9th – Review: I Am Jim Henson
We reviewed the children’s book by Brad Meltzer, and we absolutely loved it.

February 14th – ‘The Muppets Take The Hollywood Bowl’ Announced
A video by Miss Piggy and Uncle Deadly announced a 3 night live Muppet show at The Hollywood Bowl to take place in early September!  Wow!  We hope it turned out well!

February 28th – Tea Lizard and the Ongoing Muppet Renaissance
JD Hansel (ugh, him?) popped up to talk about the growing popularity of The Muppets, even though they haven’t done a lot lately.

February 28th – New Muppet Book Announced
A new book, entitled ‘Muppets Meet The Classics: Phantom of the Opera’ was announced.  We’re still yet to get a version of Rent starring Mr Poodlepants…

March 1st – A Year On From ‘The Muppets’
One year after the final episode of ABC’s The Muppets, we looked at the state of the franchise, and decided we were in a good place. 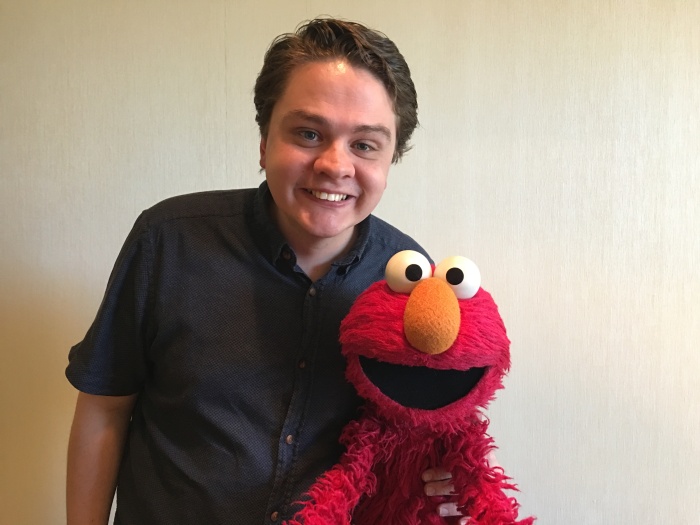 March 13th – We Interviewed Elmo!
In possibly the best moment of the year, we interviewed Elmo!  While on his trip in Australia, we talked kindness, dragon bunnies and Alec Baldwin.  Then Elmo whipped out a catchphrase from the wrong franchise…

March 14th – Frankly, The Muppets Need Frank
Could Frank Oz be the key to getting The Muppets back to their glory days?  We think so.

March 15th – A Sesame Streetcar Named Desire
The Sesame Street Muppets appeared in a video care of Vanity Fair, where they read classic movie lines.  Also, the title of the post might be the best pun we’ve ever written…

March 28th – Review: Julie’s Greenroom (Episode 1)
Our pal Sean Bryan returned to check out the first episode of the Netflix series by The Jim Henson Company and the delightful Julie Andrews. 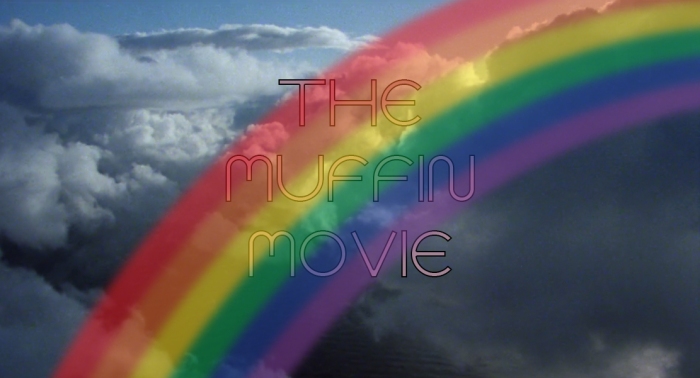 April 6th – (Not So) True Facts
April 6th is International Liars Day, so we made up a bunch of lies about The Muppets, including one about Hugga Wugga, one about Jerry Nelson’s cousin’s hat, and other garbage…

April 19th – It’s Wonderful To Be Different
To celebrate the arrival of Julia to Sesame Street, our pal Alex wrote a really sweet personal piece about the importance of this character.

April 20th – The Real Grouchwives of Sesame Street
Oscar, Grundgetta, Grover and their ‘friend’ Diva Garbagedump starred in a 3 part parody of The Real Housewives, with all the tacky reality show trimmings.

April 26th – Ask The Muppet Mindset
We did a video Q&A where we talked tough interviews, The Simpsons and video games.

May 2nd – The Muppets Are Perfect For The Digital Age.  So Why Aren’t They Thriving?
Mitchell Stein pondered the question as to why Disney isn’t focusing more of its resources to their thriving online Muppet division.

May 9th – Review: Art of Coloring; The Muppets!
We had a look at the adult Muppet coloring book by Disney.  We didn’t love it. 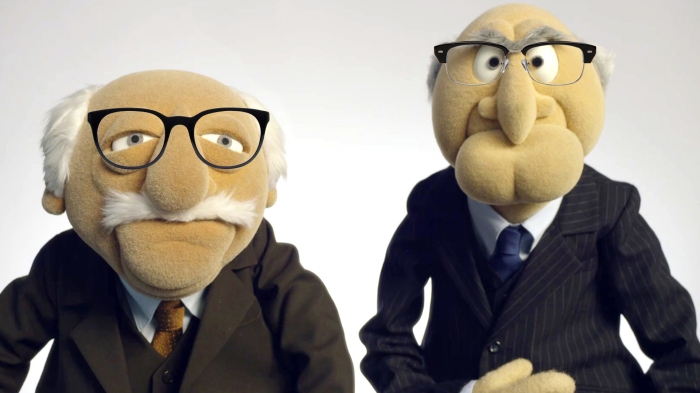 May 11th – Muppets Wearing Glasses
We don’t understand you people sometimes…  We’ve done huge in depth articles about the intricices of puppetry, or the character of Kermit, or whatever.  But we spend 5 minutes doing a haphazard Photoshop job and this became one of our most visited post of the whole year.  We’ve even seen the Miss Piggy image on other sites!  Mental.

May 22nd – The Dark Crystal: Age of Resistance
The Jim Henson Company and Netflix teamed up to announce a Dark Crystal Netflix prequel, which recently began production in London!

May 25th – The Great Gonzby
We spent way too much time reworking passages from The Great Gatsby into a Muppet production, entitled The Great Gonzby.  It was ridiculous, it was silly, and it got a great reaction from a lot of people.

June 14th – Miss Piggy Day!
We teamed up with our best frenemies at ToughPigs to introduce Miss Piggy Day, a day dedicated to the porcine princess.  Fun fact, one or two celebrities got on board too, which we didn’t discover until a month later.

So, that’s it for Part 1!  Come back shortly for Part 2, as we remember The Hollywood Bowl, Fan Week 2.0, and…  what else happened?  Oh yeah – WE MADE THE WORLD IMPLODE!