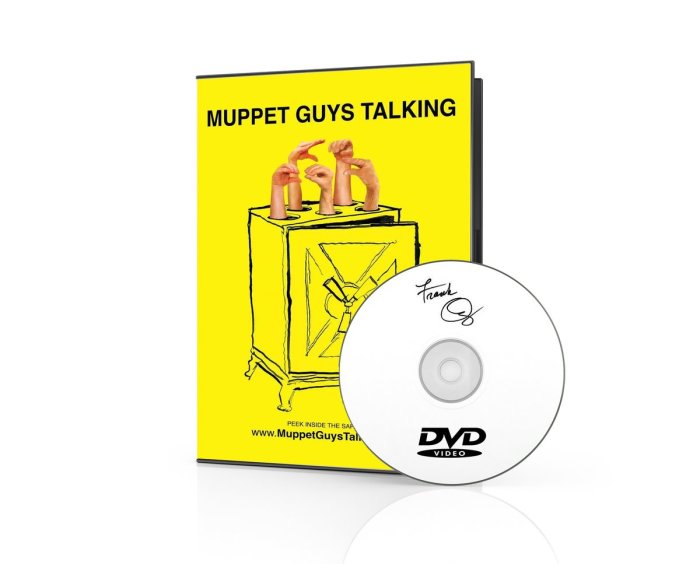 Muppet Guys Talking: Below Stage Pass To Be Re-Released For 24 Hours
Muppet Guys Talking came out on March 16th, and there was some controversy online as it was revelaed that the special Below The Stage package, which included Behind The Scenes videos, special Google Hangouts and more, cost $97.  What’s more, the special price was only available for a limited time, meaning that many couldn’t even save up the cash to be able to buy the premium package before it rose to $197.  Well, Muppet Guys Talking have announced that from 12pm EDT today, the premium package is being re-released for the discounted $97.  This will get you the aforementioned Behind The Scenes videos, access to Google Hangouts with the guys and access to a private Facebook group.  But, more importantly, you’ll also recieve a personalized signed DVD of the film by none other than Frank Oz himself!  You can buy it here at MuppetGuysTalking.com

Sesame Street Is Nominated for 14 Daytime Emmy Awards
Another year, another slew of Daytime Emmy nominations for our favorite Street.  Sesame Street have recieved 14 nominations for the awards show being held 29th April (ironically at night).  They include Outstanding Preschool Children’s Series, Outstanding Lighting Direction and 2 nominations for Outstanding Original Song.  The Henson series Julie’s Greenroom has also been nominated for 3 awards, and friend of the site John Tartaglia has been nominated for 1 award for his role as Splash in Henson’s Splash and Bubbles!  Good luck, everyone.  Especially you, Lighting Direction team!

The Muppets Get Hilarious For Charity And Seth Rogen
Seth Rogen, the guy who does Rowlf’s voice, has a new Netflix special coming soon, Hilarity for Charity.  Airing at some stage in April, the special will include hilarious folks like John Mulaney, Nick Kroll, Tiffany Haddish and, like you hadn’t already guessed by the title of this paragraph – The Muppets!  John Mulaney kind of looks like a gangly Kermit, so this should be good.

Jim Henson’s Tale of Sand Optioned for VR Film
In the 1960’s Jim Henson and Jerry Juhl began writing a script entitled Jim Henson’s Tale of Sand, which unfortunately never got made.  But now, according to Variety, the film has been optioned to become a Virtual Reality film…  That’s about all we know at the moment, but it sounds exciting and nausea inducing!