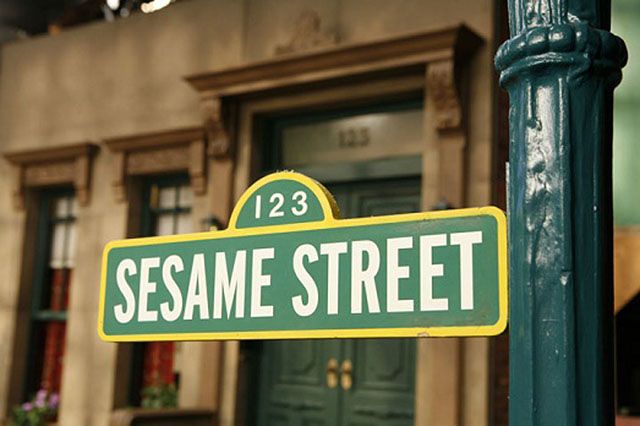 Jarrod Fairclough – In a town about 20 minutes drive from me, there’s a street.  It’s an unassuming suburban area, housing your everyday normal families, where neighbors can trade stories about their working lives and what their weird Aunt is up to.  But not one of those people are actually monsters or grouches, talking about the alphabet or sharing or the number 3, which is super disappointing, considering the street is called Sesame Street.

Yes, throughout the world there are actual roads in towns called Sesame Street, and after 50 years in New York, Sesame Street is finally coming to the city that houses it.  You may recall for Sesame Street’s 40th anniversary that the city named a section of one of their streets after the show, however it was a temporary thing.  This time however, the intersection of West 63rd Street and Broadway is being renamed Sesame Street permanently!  And, wouldn’t you know it, that’s where Sesame Workshop’s offices are!  What a coincidence.

The official naming begins at 10am at West 63rd and Broadway, and is open to the public.  I would assume there’ll be some Muppets there, but as far there are no official details.  You can register your interest at their Facebook event page right here!