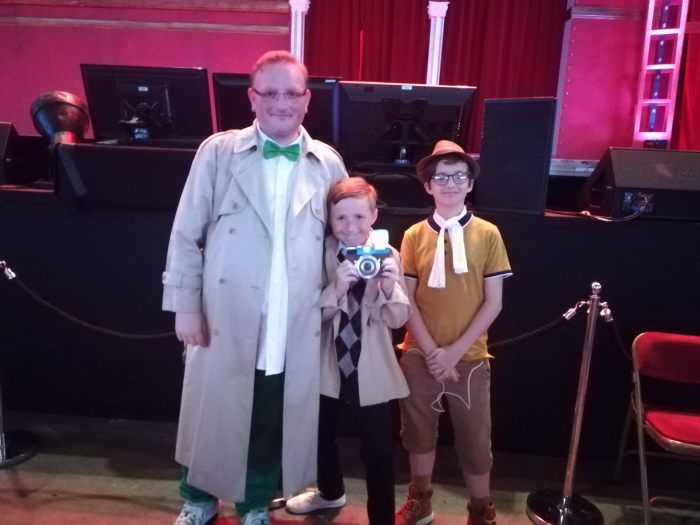 Kieran Moore – I’ve thought long and hard about how to start this piece, but perhaps the best way is just to be direct. Right now I’m living with anxiety and depression. Some of you might have noticed that I haven’t written for The Muppet Mindset since last year and it’s finally time to let you know why.

Over the last 8 months I’ve been to some dark places. Places people really shouldn’t go (like Miss Piggy’s dressing room at lunchtime) and I’m still dealing with it all, but I feel ready to talk about it to you guys. And that’s huge.

I love the Muppets in all their forms – I even enjoy parts of Studio DC (don’t worry I’m getting therapy!), but what do you do when even the Muppets don’t make you happy? That was the position I was in at the end of last year. As depression hit I suddenly found all of the things that usually brought joy to my life weren’t working anymore; Kermit’s cheery disposition, Gonzo’s wackiness, Rowlf’s laid-back sarcasm. They just lost their sparkle.

It wasn’t just the Muppets – it was everything. I’d just recorded an album with my singing group (available at all good online retailers – and most lousy ones) and we were getting bookings to promote it. I’d been given a promotion at work (which I never got to take – don’t ask). I’d announced and started writing my first e-book. I’d been to see The Muppets Take the O2. It had been an amazing year. And yet somehow that wasn’t enough. There were things in my life I knew I hadn’t dealt with and one day they all spilled out.

Do you remember that home video release from the 80’s where Kermit and Fozzie and whoever are clearing out the attic at The Muppet Theater? I always picture my memory a bit like that room. And stored in there, front and center, used to be a box full of stuff I didn’t want to deal with. The box started out with just a few bits inside and was in good condition. Over time I added lots more to the box and it began to get tatty. So I’d tape it up and hope for the best. Eventually the box got really full and was bursting at the seams. Then last November the box exploded and the attic in my brain was littered with bad things that would never fit in the box again. I’m still trying to tidy up, but now I have to file things away properly and that takes time.

So while I’m doing that I’ve taken a step back. From everything. I’ve left my singing group. I’ve barely watched any Muppets. And I haven’t written a whole lot.

There was a moment back in February or March when I mistakenly thought I was ready to start writing again. (Jarrod has probably gotten bored of reading messages from me saying I hope to start again soon!) Around that time, I listened to a Muppet podcast that just so happened to focus on Sesame Street music and really enjoyed it. It was the first time in ages that I smiled and I loved listening to those songs – and then it hit me. I hadn’t felt that way listening to Muppet music in a really long time. I guess partly because I was unhappy and partly because I realised I’d turned one of my biggest loves into work. Don’t get me wrong, I have never and will never regret writing for The Muppet Mindset or the speed at which I did so. It’s one of my biggest achievements and has changed my life for the better, but it’s time to re-evaluate everything in my life and the Muppets are a huge part of that so it’s time for me to re-evaluate them.

So as I work to get better and discover the new me, I want to discover the Muppets anew too (hey, that sounds like a Dr. Seuss line!). So this is now officially the start of a very occasional series I’m planning to write for The Muppet Mindset about the Muppets and mental health. I have a few ideas and I plan to make the pieces a mix of personal stories, essays and maybe even videos (it’ll just be me talking, don’t get too excited). And then hopefully at some point normal service can be resumed. But first I need to deal with all the stuff that’s going on in my life – the Muppets, mental illness and me…

(Note from the editor: It’s an enormous pleasure to have Kieran back at The Muppet Mindset in whatever capacity he chooses.  We’re thrilled that he feels comfortable enough, and trusts us enough, to share his story here.)