Jarrod Fairclough – Owning a Muppet site means having to check out the statistics occasionally; How many people are visiting?  From which countries?  And what are people typing in to bring them to The Muppet Mindset?

That is our favorite stat to check, because sometimes people Google odd things.  But, we’re helpful here, so once again we’re checking out some of their questions, and attempting to answer them!

I can’t imagine anyone would call a character ‘Booby’ (though there is a Boober, so…) but this person very likely meant to find Bobby Benson’s Baby Band.  Fun fact: Bobby used to have a cigarette hanging out his mouth, but it’s since been removed.

Umm…  Do you mean the Martians who say ‘Yip Yip’? 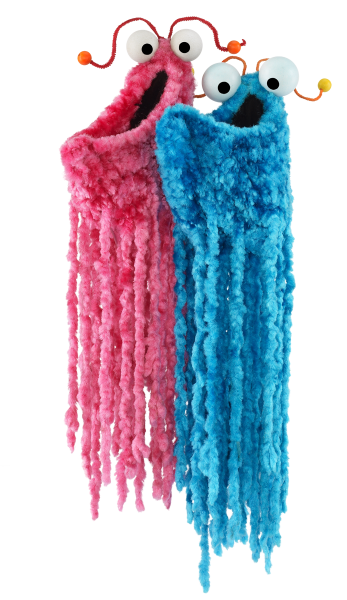 i’m five by kermit the frog

It’s actually by Robin the Frog.

was harry nilsson on the muppet show

No, but Harry’s most famous song ‘One’ was sung by The Muppets and Jimmy Fallon during rehearsal for ’12 Days of Christmas’ in 2009.

Oh, you mean THE BEST MUPPET CHRISTMAS PRODUCTION EVER!?

This is what the cast of Saturday Night Live called The Muppets during the first season of the show when they did The Land of Gorch.  We’ve gone in to a bit more detail here.

will scooter and skeeter be on the next season

Yes!  We know Skeeter is making an appearance on the new season of Muppet Babies, so we can only assume her brother Scooter isn’t far behind her!

Speaking of Muppet Babies, a lot of people want to know what Miss Nanny looks like.  We’ve never seen her face – heck, we arent even sure the 3D model has a head!  But we had some guesses here.

A lot of people also asked what the meaning of Rainbow Connection is.  We can’t tell you that, it means different things to different people.  Plus I did an essay on that in high school and now I can’t remember what I wrote…