Mitchell Stein- Last Tuesday, I was given the incredible opportunity of speaking with both director Kirk Thatcher and The Jim Henson Company CEO, Lisa Henson, about their upcoming holiday TV special, Turkey Hollow. Joining me on the discussion were fellow Muppet nerds Joe Hennes of Toughpigs.com and JD Hansel of MuppetHub.com and the host of the Muppet podcast, Eleven Point Collar. We all were given the opportunity to toss out our questions at both Kirk and Lisa about the upcoming special.

Both Kirk and Lisa were both really helpful with their answers and really great to take time out of their busy day for us Muppet fans. Lisa talked at length about how the script treatment (and the original puppets built by Jim Henson and Don Sahlin) were both discovered in the Henson Archives, surprisingly found in an unmarked box and set to be thrown away. Having later saved and restored the puppets, much of it was used as inspiration for this new special. Kirk spoke about how Don’s original puppet design played an impact into the creature development.

Keeping on the topic of the discovered Turkey Hollow artifacts, Lisa spoke of a discovered photo of Lisa and her sister Cheryl, which shows the two with Jim’s original Hollow puppets in a test photo shoot that Jim had shot to test how the puppets would react in the real world setting. When it came to the design of the new characters for the new special, Kirk addressed credit to the amazing work of the creative supervisor Pete Brooke, who’s work for the Jim Henson Creature Shop dates as far back as Jim Henson’s The Storyteller. 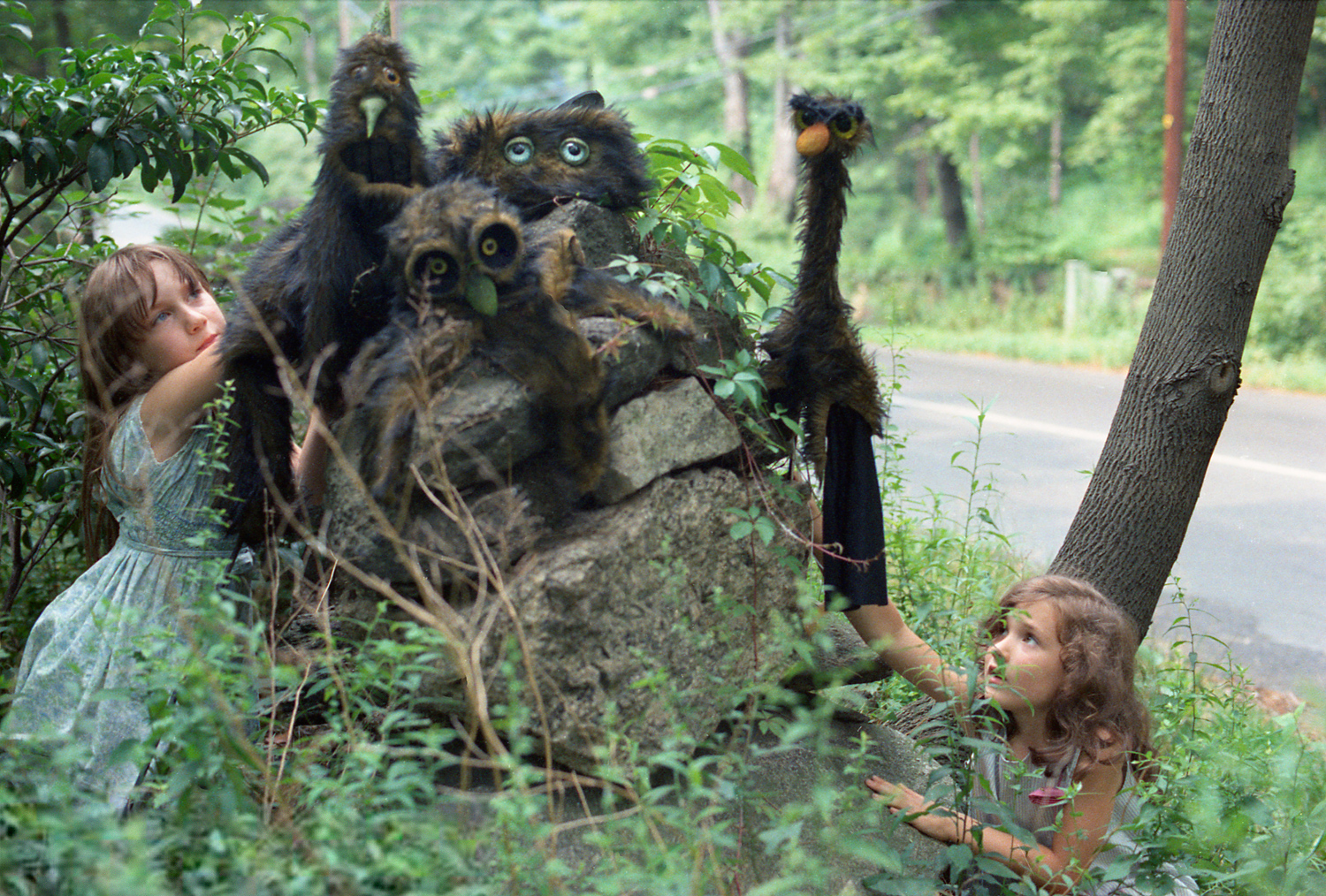 Keeping up with what has made The Jim Henson Creature Shop such a well known name in entertainment visual effects, Kirk spoke about how some of the visual puppetry was achieved, even touching base on a particular scene in which he described the filming process consisting of “burying the puppeteers alive” within a pit that was dug out in order to accomplish a specific scene.

Although the majority of the treatment was kept true to Jim and Jerry’s original screenplay treatment, naturally many changes were inserted to keep better with today’s television adaption. One of the original ideas for the TV treatment was to have the film set in 1968  to have it look and shot as a period film, but later the decision was made to update for a contemporary audience. Working with this treatment, the two both spoke about keeping with Jim and Jerry’s treatment and the slightly daunting and exciting task of working with something from written by these two Muppet legends. Having worked with both Jim and Jerry on several projects, Kirk said how he felt that Jim and Jerry would be proud of how their idea eventually came to life.

Jim Henson and Jerry Juhl with the stars of Fraggle Rock

On the topic of bringing long-lost archived ideas to life, I had the chance to ask the question of what some other potential long-lost ideas from the archives might see the light of day again. Lisa spoke about some of the lost ideas, many of which she said are very much buried for a good reason. While mentioning other long-lost projects, Lisa made a mention of the popularity of the graphic novel release of the long-lost Tales of Sand, and that its huge success has led to discussions of the potential possibility of that finally seeing a feature-length theatrical film. Then again, we can add it to the ever expanding roster of upcoming potential Henson Company films, but it is neat to hear that it’s been a topic of interest among the company.

When asked about how the original treatment had an impact on the newly finished project, Lisa spoke of the discovery of the similarities and differences between original treatment and the current finished project. Contrary to popular belief, musician Raymond Scott was actually not intended to do the score for the special, but rather it was legendary Muppet musician Joe Raposo who’s name was proposed on the script treatment as set to do the musical numbers for the show, though it remains unknown if Joe actually did write any potential songs for the film.

Shortly after this topic, the Q&A wrapped as Kirk and Lisa were needed to return to their much hectic day with the premiere of the film later that night at the Paley Center for Media in LA. Taking part in this Q&A was a real informative blast. It was great to hear Kirk and Lisa both speak about bringing a long-lost story to life but at the same time retaining that strong classic Henson vibe to it, but also making it a fun relative family film and hopefully a classic holiday movie that will live on for years to come.

Having seen the film and being overly satisfied, I’d say Jim and Jerry would be really proud of the way it ended up. Be on the lookout of my full review of the special tomorrow!

Don’t forget to check out the additional reports of fellow Muppet fans Joe Hennes and JD Hansel’s coverage of this event!